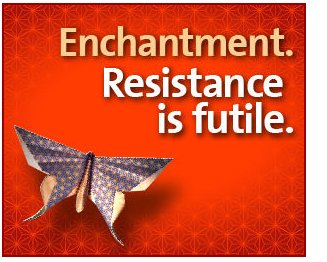 1. What is the big idea of Enchantment and how did you land on that word as the title?

Too many people use "influence," and "woo" lacks depth. No one owns "enchantment," and the Facebook vanity URL Facebook/enchantment was available. I took this as a message from above that "enchantment" was the way to go.

2. Can anyone master the art of Enchantment, or do you need to have a certain type of personality or skill? 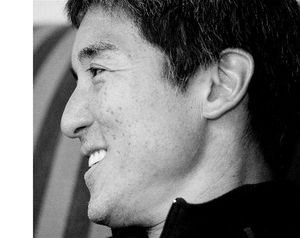 3. This is your 10th book – what were some of the mistakes that you might have made with some of the earlier books that you learned from and used to make Enchantment even better?

It's not that my other nine books were perfect, but a book is a work of art. It's the best you could do at a given time. Maybe my early books had too many passive-voice sentences, adjectives, and adverbs, but they reflect what I knew at the time.

4. You talk about everything from being more trustworthy to being likeable – including directions on how to achieve the perfect handshake. If you could choose one part of the book that you'd love for everyone in the world to read, what would it be?

The single most powerful recommendation in the book is that if you want to enchant people, you should default to a "yes attitude." In other words, when you interact with people, you should assume that you will agree to their requests of you–you are always thinking of how you can help other people instead of how they could/should help you. The world would be a better place if everyone embraced this attitude.

5. A danger of enchantment that you talk about is the potential for misuse. You have a list of where people should draw the line, including at enchanting "gullible people." Doesn't that exclude a lot of people? 😉

You're right–it does. And that's why I had the moral obligation to tell you not to abuse your enchantment skills, and I also include a whole chapter about how to resist enchantment. Everyone does not have your best interests at heart. Let's not be naive about this. 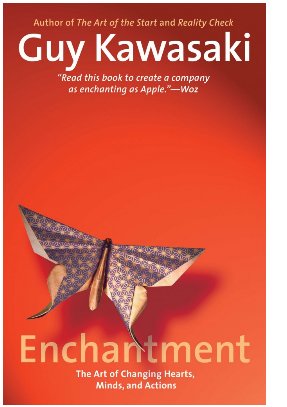 6. One thing I have always loved about your writing style is that you can write a book in a way that is easy to digest in pieces. How important do you think it is that someone read a book like Enchantment from cover to cover versus just dipping in and out of it?

One of my recommendations in the book is that if you want to be likable, you should not enforce your values on others. Diversity is good, so I would be a hypocrite to tell you that people should read my book in only a certain way. I'm a big believer in "letting a hundred flowers blossom."

7. It seemed that you chose to include many more personal elements in Enchantment, like pictures of yourself and stories of real people instead of charts and tables like you have done before. What led you towards doing it this way for this book?

I'm getting all warm and fuzzy in my old age. Plus, I love my Nikon camera. I included people's personal stories in their own words because I believe in the principle of social proof. That is, if you see that many people have been enchanted, you'll believe that enchantment is possible.

8. Was there a second favourite title for Enchantment – like something the book almost was titled before you decided on the title that you went with?

But then the publisher wanted to call it The Yes Factor, and I didn't like that title. Finally, we settled on Enchantment, and I hope the "rest is history" as the saying goes.

9. As part of your book release, I imagine you will be heading out on a speaking tour – what is the most unexpected thing that you will be doing to promote the book this time around?

There isn't anything unexpected in the "Richard Branson parachutes in" way that you mean. I have never done a book launch with so many things in place, though. The list is long: Facebook fan page, online quiz to determine how enchanting you are, badges to promote your level of enchantment, infographic, background page for reviewers including photos of enchanting examples, and wallpapers. We also sent out review copies to about 1,500 bloggers which is the largest number I've done by a factor of four.

10. What's next for you – more books, focusing on starting new businesses like Alltop, or something else?

I don't know, and I can't even think about it right now. The proper launching of a book is an all-encompassing effort. Gone are the days when you do a two-week book tour, get on a few TV shows, and cross your fingers. This is hand-to-hand combat where every email, tweet, like, share, and update adds up.

1 thought on “Interview: 10 Insights On Enchantment With Guy Kawasaki”