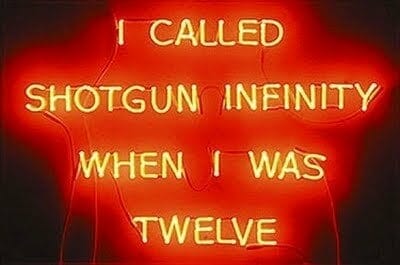 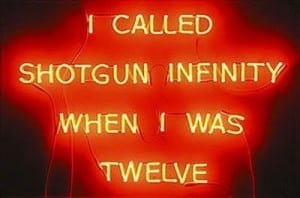 There is a game my brother and I used to play when we were kids and my guess is that you played it too.  It had its own set of rules that we all knew, and they were irrefutable. Get within visible distance of your car, and then the first person among the passengers to call “shotgun” would sit in the front seat. Everyone else would battle to avoid the middle back seat. It’s a silly game, but it also explains how social media evolved in many corporations.  The person or team who called “shotgun” with social media established tools like a corporate Twitter account on behalf of a brand, and started interacting in some way.

As the importance and usage of social media grew, they maintained control. So some brands, like Comcast, led with customer service and used social media to reinvent how they serviced customer needs. Other brands, like Doritos saw an opportunity in co-creation and user generated content and took an advertising-centric approach to social media. Regardless of which group led the effort, in almost any company you looked at, one silo held the keys to the social media kingdom.

Today those days are over for three simple reasons:

So what does this brave new integrated world look like and who will take the lead? It is a tough question to answer because there isn’t a single right answer. Does marketing have a role to play in leading how various social media platforms are used to engage customers?  Of course. Are people turning to social media for customer service in an increasing way? Absolutely. So how can a brand interested in finding and implementing an integrated approach to social media across multiple teams, products and geographies really make it happen in a practical way?

Here are five suggestions for how to strategically make it happen:

1. Embrace your accidental spokespeople.
There are always individuals within any organization who are pioneers when it comes to using social media. Sometimes they are doing it on behalf of the company, sometimes on behalf of their own passion. Either way, you need to find a smart internal way to identify them, and then bring them together to embrace their passions for content creation.

2. Uncover what people really want.
Sometimes consumer needs do breakdown by channel. Your customer, for example, may want to be entertained and see something shareable on YouTube, but when it comes to Twitter they just want to be able to get their questions answered. Understanding the usage patterns for various forms of social media among your audience will help you deliver the right experience from each platform you use (and avoid spending lots of time on highly hyped platforms which may not have much value for you at all.

3. Let multiple voices emerge.
Social media does not require a single spokesperson who does all the talking on behalf of your brand. In fact, one of the unique benefits of social media is that it can offer a way for you to scale your employees voices while still keeping it within the same brand umbrella and pointing value back to the brand.

4. Share a common goal for metrics.
One of the biggest problems when it comes to integrating social media across an enterprise is when you have opposing goals. You can’t focus on inspiring innovation and generating sales at the same time. The more prioritization across multiple divisions you can do – and separate things when needed – the better off you’ll be.

5. Build a content strategy alongside an conversation strategy.
Often brands will focus on engagement but forget about the necessity for creating compelling content … or vice versa. Conversation is only one endgame to build an integrated social media strategy around. The main goal is to engage your customers and give them conversations ONLY when they want them. Content and conversation are not always the same thing.

NOTE – This article originally appeared as a guest contribution for the Social Media Week blog and is republished here.