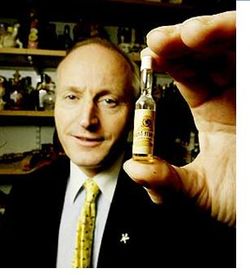 By anyone's measure Christian Ringnes would have to be described as an odd man. He is a millionaire in Norway thanks to his real estate investments and well known thanks to his funding of philanthropic projects such as a $300 million sculpture park in Oslo. His wealth and noteriety has also afforded him the luxury to also create a monument to his surprising lifelong hobby … collecting miniature liquor bottles. 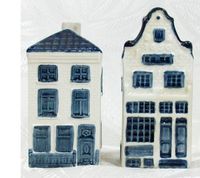 It is a common collection among those who have travelled often – particularly on KLM where a blue and white set of Dutch house shaped liquor bottles have become so iconic they are actually still given out to passengers even in today's austere era of airline cutbacks. So when Ringnes' wife suggested that he find a better home for these bottles which he had been collecting since childhood, he decided to do it.

That home is the world's only Mini Bottle Museum, which also doubles as an event center hosting parties and private events. After a day of discussions on corporate reputation at an event in Oslo, we ventured into the museum for a tour and private dinner.

A part of the tour was a home-video style introduction to the museum, recorded with Ringnes as the star. Throughout the video, visitors could watch his antics as he paid happy American collectors cash to buy their collections, wheeled 4 huge suitcases with his "bounty" onto airport trolleys, and even took his obsession a big step over the line by jumping into a tub full of (hopefully) empty miniature bottles.

The museum itself features a built in slide, a monthly award for the "tackiest miniature bottle" and even a fake brothel with a collection of 40 custom bottles from the 40 legal brothels in Las Vegas. All of which brings me to that marketing lesson that Ringnes offered through his museum: when you have a passion for something many people consider silly, the best thing you can do is not to take yourself too seriously.

Good advice even if you don't happen to be a quirky Norwegian millionaire.

4 thoughts on “What I Learned From An Eccentric Norwegian Millionaire”