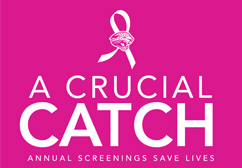 This weekend I watched NFL football players with pink shoes ferociously attack each other. At every break, TV ads for all kinds of brands used varying shades of pink for the same cause. On my flight yesterday, as the cabin crew on my Delta flight checked our tickets, they were adorned with pink scarves and ribbons. This is October in America, Breast Cancer Awareness Month, and pink is everywhere.

As a marketer, it is easy to love the multi-tiered campaign that has hundreds of brands (large and small) involved in using the color pink to represent support for Breast Cancer research, the women who are fighting the disease and the ones who have survived it. Based on the sheer volume of partners involved, this awareness campaign already occupies a unique place in the recent history of advocacy marketing and has inspired countless other advocacy groups and organizations to strive towards creating their own "pink-esque" campaigns.

When I looked at this campaign back in October of last year, I created a presentation to share some reasons why I thought (and still think) it was so effective, but also included a caution about how the campaign had already started to show signs of overexposure and a potential for losing its authenticity due to a sort of "pink overload" that may happen as more and more companies jumped on the bandwagon.

Last week I gave a phone interview to a reporter for a sports magazine who subsequently came out with a piece titled "We'll be the bad guys — we hate pink."  In his piece, he shares the cynical view that the average NFL fan is getting overloaded by the healthy dose of pink on everything from uniforms to hand towels. Is it all too much?

Where is the imaginary line between softly cajoling or convincing and full on yelling? The Pink campaign may occupy a unique place not only for its pervasiveness, but also for the chance that it offers for marketers so focused on generating awareness to shift the conversation towards effectiveness instead. No one can argue the Pink campaign has not been successful in raising awareness of breast cancer and (hopefully) the resulting behaviour change of women choosing to get tested regularly to spot the cancer early.

The question of this post is, should we be looking further than that? Is the net good of a campaign as popular as this increased by the dearth of partners who have embraced it, or is it headed towards a backlash of consumer cynicism from people who just want to watch their football without the pink towels and buy their products without constant pink reminders?

10 thoughts on “The Pink Backlash: Is There Such A Thing As Too Much Awareness?”