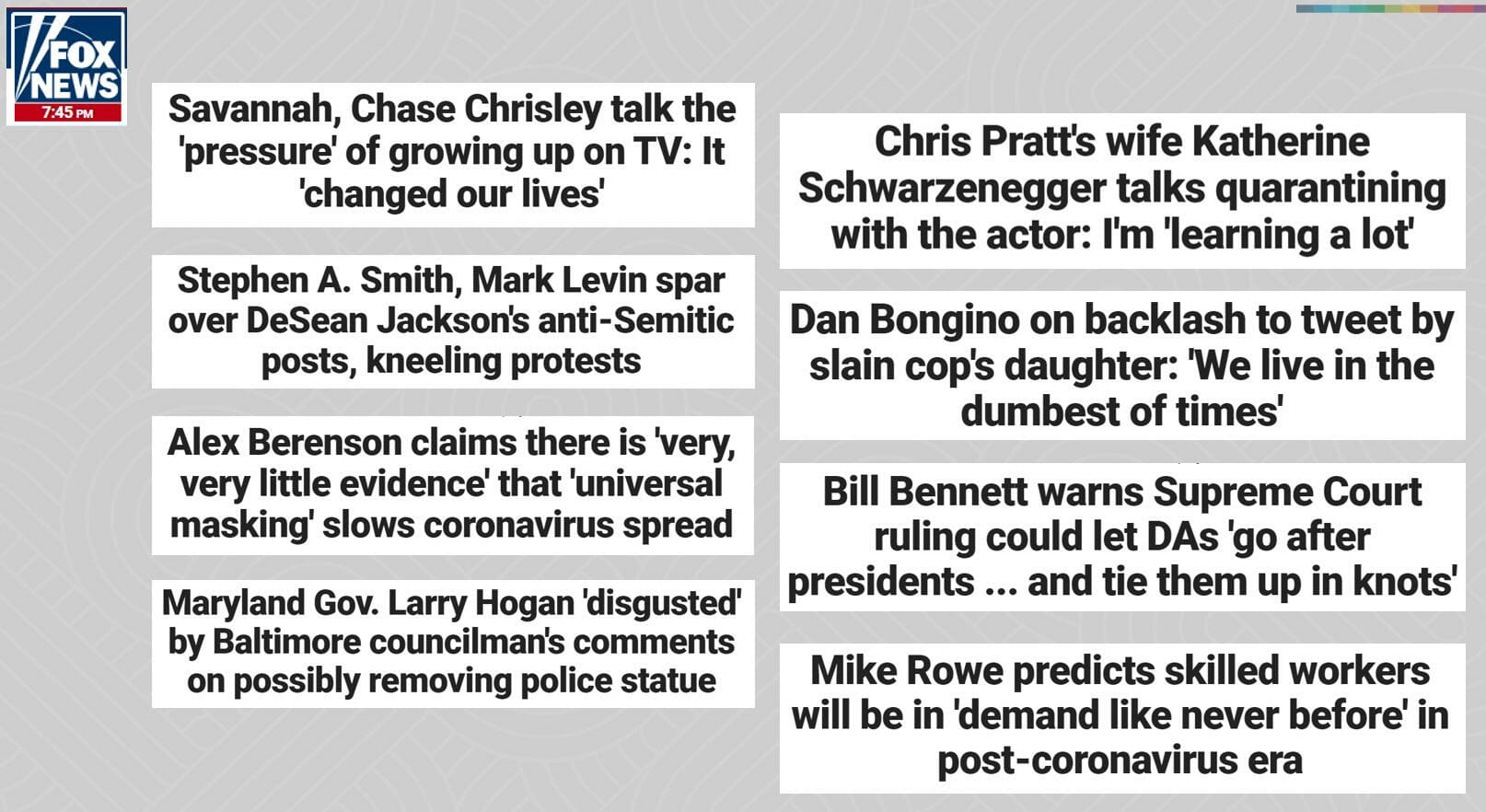 Calling Fox News fake is a common theme among the people in my social media circles, but I have long been curious about their reporting and why so many people seem so deeply influenced by it. I’m a frequent reader of their stories and consistently have it as part of my overall media diet even though I often disagree with the stories there.

This week, I did a little experiment over a two day period to capture multiple headlines to see if I could identify a theme or pattern. There clearly was. In the headlines from the image above, do you see it?

Almost every story is based on a quote or opinion from someone. In some cases, they are sources who are objectively newsworthy – such as Maryland Governor Larry Hogan. In most others, they are either talk show hosts, celebrities (or their lesser known spouses), or professional athletes. The stories aren’t fake. They are reporting on what these people actually said.

The problem is, the opinions of insignificant people are reported alongside the quotes from actually influential people, creating confusion. In my reviews, no other media platform relies so heavily on “he said, she said” style reporting.

So perhaps the distinction we need to make more often isn’t fake news versus real news, but rather insignificant stories versus significant ones.