I have to admit I didn't think much of Michigan the first time I visited there. There is no shortage of not-so-great media coverage about the state and being a typical east coast kid, raised in the Washington DC area I never spent much time anywhere in the middle of the country. So when I started travelling to Detroit both for family reasons (my wife's family lives just across the border) and work reasons (Ford is a client of Ogilvy) it became my excuse to get to know the city better. I learned about the large Arab and Indian population living there. I saw another side to the city that went beyond the automotive museums and car-making heritage. And I experienced the intense pride that so many people living there share in a place that many people around the country just don't understand.

Over the last few years, Detroit and Michigan in particular have become a snapshot of America as it is today and as it struggles to become in the future. Politicians stumped there for votes in the Presidential election and President Obama still finds reason to make his way there. If there is a heart of America, at least one of the arteries would run through Michigan. On a much smaller scale, the state has found the spotlight in social media as well through events like BrandCamp University put on by a small group of entrepreneurs who believe that everything they do reflects on the outward perception of their home state. 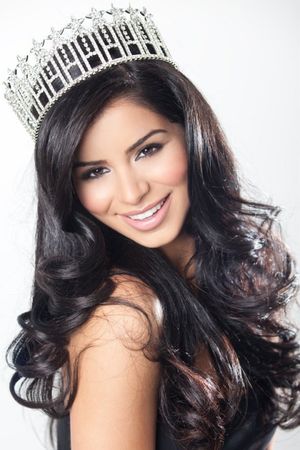 Tonight Rima Fakih, Miss Michigan 2010 and a Lebanese-American won the crown of Miss USA and again gave Michigan a chance to brand itself as something more than the hometown of American cars. Individually, these random things may not seem that significant or grand … but when it comes to place that many people think they know, sometimes it takes an Arab-American beauty queen, a viral cross country drive, and a unique event to demonstrate that things are changing. There is a spotlight on innovation that is also helping to reinvent the role of entrepreneurship in the state.

Though many other states spend millions on tourism campaigns designed to change perceptions, the people of Michigan seem to be taking this task with energy, innovative ideas, and limited funding from any government source. Think what you may about Michigan's role in the global economy – but from a marketing point of view I would choose a group of people with passion over a short term marketing campaign any day. Though the state is certainly not reinvented yet, I suspect this won't be the last you'll hear about the rebranding of Michigan – or the ongoing daily things that "Michiganders" will be doing to help make it happen.

19 thoughts on “Miss USA & The Ongoing Rebranding of Michigan”