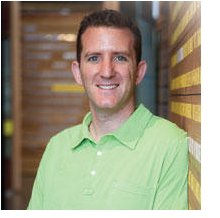 Every day too many people hear the three worst words in the English language: “you have cancer.” That was one of the many insights that emerged in my talk with Doug Ulman on the stage last night at BlogWorld as we talked about the fight against cancer, his personal battle as a three time cancer survivor and how social tools have helped LIVESTRONG to become one of the most social media savvy organizations in the world of healthcare and perhaps in any industry. With nearly a million followers on Twitter, Doug himself was recently described in a Fast Company piece as the “most savvy healthcare leader in social media” – a description he shrugs off because it has never been a goal for him to achieve that sort of niche notoriety.

The discussion we had, though, was telling of not only his personal philosophy but an enlightened way of thinking about openness and authenticity within an organization that more and more businesses will be looking to for inspiration. Some people know LIVESTRONG from the association with its founder Lance Armstrong. Others know it from the ever present yellow wristbands that many at the event were wearing to remember people in their own lives who had fought against cancer. As we opened the session, I asked people to stand if they were a survivor of cancer, or had a loved one who had fought cancer or if they had someone who had lost the fight against cancer. By the end of it, everyone was standing.

After our session, several people came to me and shared that this was one of those topics that went beyond social media and at a conference like BlogWorld where it is easy to focus just on very tactical things like building an audience for your blog or how to rank higher on Google or how to earn more money from writing … the bigger picture can be forgotten. Doug’s story, for me and many others, helped to bring back that perspective to the event. You can watch our full talk on UStream below – but here are a few highlights that I will take away as advice for how to better use social media to spread an idea, and more importantly, how to be a better person.

If you do want to see the full video of our session, you can check out the live video on UStream or watch it below. Also, from the stage we announced the second year of the #beatcancer program – an online effort to raise money for cancer research to be donated to multiple organizations (including LIVESTRONG). To participate, just include the hashtag #beatcancer in a tweet and 5 cents will be donated by one of our corporate partners to cancer research. Last year this effort set a Guiness Book of World Records mark with over 200,000 tweets in 24 hours – and this we want to top that mark. Please participate and add your voice to the global fight against cancer by tweeting #beatcancer!