One of the most popular forms of content creation today is interviews … but great interviews take a lot more than just coming up with a list of questions.  The sad fact is, not everyone who creates interviews to post online is actually good at doing them. So you might wonder, what do the people who ARE really good at it already know?

Over the last month I've done over 30 interviews as part of launching Likeonomics (that's more than one a day). Across that time, I've done everything from answering emailed questions to sitting in a broadcast TV studio. Apart from getting good at sharing soundbites, the last month has really given me an up close look at almost every style of interviewing you can imagine.

Through that time, there were a few interviews that really stood out – and five in particular which I have singled out and included in this article. Together they offer some valuable lessons for anyone who needs to produce and publish any kind of interview. 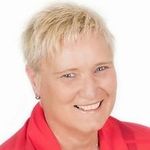 Anna Farmery was an early influencer to get the book, and her Engaging Brand Podcast was one of the first interviews I did for the book. Within 30 seconds of starting the interview, it was clear that she had really read the book and thought about it (you would be amazed at how many interviewers don't). Her questions were fair, insightful and challenging in the right places.  Having her among the first helped prepare me for several of the interviews and questions I would get later during my media push for the book.  And the interview experience remains one of my favourites – all because she took the time to prepare like a pro.

A recognized celebrity on Twitter, Laura Fitton (@pistachio) is an early pioneer of the "tweet chat" interview format – where she hosts an hour long conversation on Twitter (aggregated together with the hashtag #beonfire) where guests interact in 140 character bursts with a real time audience asking questions and making comments. It's a jarring experience because of the breakneck speed of questions and comments, but pretty soon you get used to the stream and realize how amazing a conversation you can have when you're forced into sharing soundbites, and without every saying anything verbally to anyone. 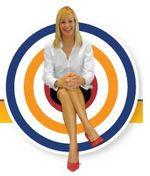 3. Add value to the interview. (From: Katya Andreson)

When Katya Andreson decided to feature Likeonomics on her very popular nonprofit marketing blog, she asked me to respond to a very pointed question about how nonprofits could use the ideas in Likeonomics. I shared two responses for truths that nonprofits should share and she used both in her blog post. It would have been easy to stop there – but she didn't. Instead, she added her own take, a few lines of commentary and then a link to a wonderful video to demonstrate the points we both had made in the post. That additional effort made the piece her own, and engaged her fans – all because she took the high road to add value to an interview instead of taking the lazier "cut and paste" route.

4. Dig deeper to get the full picture. (From: David Siteman Garland)

Not many interviews challenge me to dig backwards into my past before I even imagined doing what I do now – and definitely no one got me to share the types of embarassing stories that David did … but this is part of what has helped him to build an audience of more than 100,000 subscribers to his Rise To The Top "Non-boring" Podcast. He does an amazing job of establishing a rapport with his interviewee quickly and then asking deeper questions. Combined with a keen sense of what his audience of entrepreneurs really want to hear about, this makes his show and style a winner.

5. Work with the tools you have. (From: Sree Sreenivasan) 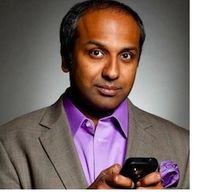 After participating in a seminar for about 75 students at the Columbia Journalism School, Sree Sreenivasan (Dean of Student Affairs) and I were walking towards the direction of his apartment in NY. During our walk, he pulled out his phone and started recording our talk. The "interview" features our unrehearsed conversation amidst the background sound of traffic (my rolling computer case along the sidewalk). Sree is an accomplished professor and journalist and teaches some of the most well known journalists in the world all about social media. If anyone knows about broadcast quality, it's him. Yet he's not afraid to just press the record button and walk down the street. It's the best proof that great interviews don't always require soundboards and mixers.

Do you produce your own content or have you had an interview with someone that really stood out?  Share your own tips about what makes a great interview or interviewer in a comment on this post!

3 thoughts on “How To Interview Anyone: 5 Lessons From Amazing Interviewers”