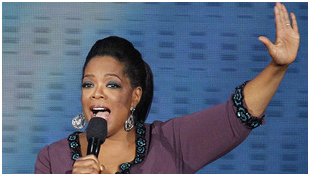 In 1986, there were certain rules of television that pretty much everyone followed. You expected news anchors to be buttoned up and serious when presenting the evening news. Television programs (as they often still do) presented a distorted view of reality that only slightly resembled real life, but still allowed you to escape into other worlds. And whether you looked at television as a source of information or one of entertainment – you certainly didn't expect it to openly and honestly mirror real life.

That same year, Oprah Winfrey's talk show was nationally syndicated and on air she broke the taboos and shared openly her story of having been sexually abused at age 9 by a relative. It was an honesty that no one expected to come on television, and certainly not from a talk show host. It set the pattern for what came to become one of the most honest and open shows on television for the next 25 years as Oprah not only asked celebrity guests to share truths about themselves, but also managed to continually find and openly share her own with a live studio audience.

The atmosphere she created was one of openness because she wasn't afraid to be vulnerable and share the deepest secrets about herself. How many people do you know like that? How many brands? As Oprah airs her final episode today, the lesson any of us in marketing should take from her is the unbelievable power that comes from being open and honest about the toughest things. Brands screw up, make bad decisions or bad products, implement the wrong strategy, or treat customers unfairly.

Those aren't the things that drive brands to lose trust and fail. The failure comes from not admitting those mistakes, letting employees be human, and building a deeper connection with customers. Oprah may have been the most believable personality in the history of television. As she signs off today, consider asking yourself one simple question: how could being more honest make your brand more believable?