In Dilbert, Mordac is the character who is described as the "preventer of information services." He is a caricature of the unhelpful IT support tech who seemingly goes out of his way to create inefficiency and discontent in the workplace. Unfortunately for all of us, he also seems to be the role model upon which many television networks are basing their content strategies. 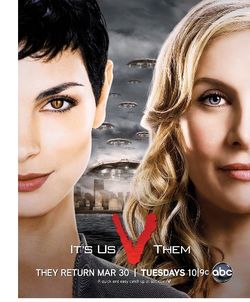 Last night, in an attempt to watch a missed episode of the ABC drama V … I went online to ABC.com to seek out the latest episode. After several errant clicks, 15 minutes of online searching, and considerable frustration I finally found an external blog post talking about a decision ABC had made to stop allowing fans to watch episodes of V online. According to the post, ABC only issued the following statement:

Fellow V fans,
It is with much regret that we must inform you that full episodes of V will not be available on ABC.com or Hulu for Season 2. Just like you, we truly wish full episodes were playing here. But we also hope our detailed recaps will keep you informed and entertained should you ever miss an episode.

This type of thinking is why piracy is thriving in many places around the world – because getting and sharing content legally has so many restrictions. It explains part of the reason that it is so difficult to keep a consistent audience for any type of new drama. Most importantly, it demonstrates how backward thinking in the realm of entertainment programming is stifling revenues, stirring discontent and helping new programming to fail. 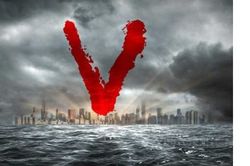 Instead of dreaming up ways of preventing people from accessing content, watching it where they want and on the platform they want – why not focus on creating more ways to monetize the content that you already have? Create new advertising models, sell new sponsorships. If the cost of a show is becoming too burdensome or ratings are lower, why not get a company to sponsor the availability of older episodes online?

Thinking more creatively about new revenue opportunities can not only help the economics of paying for high quality content, but also serves the dual purpose of giving consumers what they really want. Without it, you risk coming off as a brand that is hopelessly out of touch with their consumers … kind of like ABC does to fans of V.