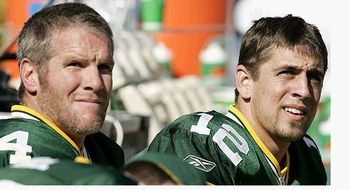 Yesterday evening the Green Bay Packers won their ninth game of the NFL football season after winning the Super Bowl last year. They are the only undefeated team in the NFL and their quarterback, Aaron Rodgers managed a near perfect rating on the scale used to rate quarterback performance. It was the ninth straight game where he managed a rating above 100.0 – a recordmaking performance by football standards and took another step towards securing his place among the great NFL quarterbacks in history. 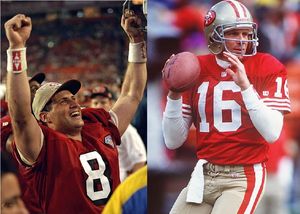 The man he succeeded, Brett Favre, was also on that list … bringing back memories of a similar feat more than a decade ago where a quarterback named Steve Young took over from legendary San Francisco 49ers quarterback Joe Montana and led the 49ers to similar success. They are both great stories for football fans, but the bigger question anyone might wonder is what made both of these guys so good that they could overcome the considerable shadows of their immediate predecessors?

According to a recent article published in Pyschology Today, it might have something to do with a factor known as "mental practice." In a study with medical students, researchers found that students who had 30 minutes of guided physical practice on a new procedure followed by either 30 minutes more practice independently, or 30 minutes of "mental practice" performed equally well on tasks. In fact, one researcher even noted that "mental rehearsal can be even better than physical practice because it activates more abstract neural representations of physical skills (with less specific detail about the muscles used)."

Both Steve Young and Aaron Rodgers spent time on the sidelines watching two of the greatest quarterbacks in NFL history. They worked with them and learned from them. Most importantly, when their respective chances came to perform, they seized them. Of course if this were a perfect explanation, then any quarterback who plays backup to a legend would emerge as well – but they usually don't. Still, the idea of the importance of mental practice is one that can apply far beyond football. 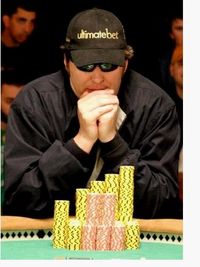 Some of the greatest public speakers actively despise actual rehearsals. Instead they would rather "practice" in their minds. Champions of mental games such as professional poker, or spelling bees, or even TV game shows like Jeopardy seem to use a similar type of technique. The point is, when we think of practicing or rehearsing, we generally think of real life work. And that work is still important. Sometimes, though, the most important thing to improve performance might be more mental practice instead. In other words, there may be value in sitting on the sidelines even though it doesn't seem like it.