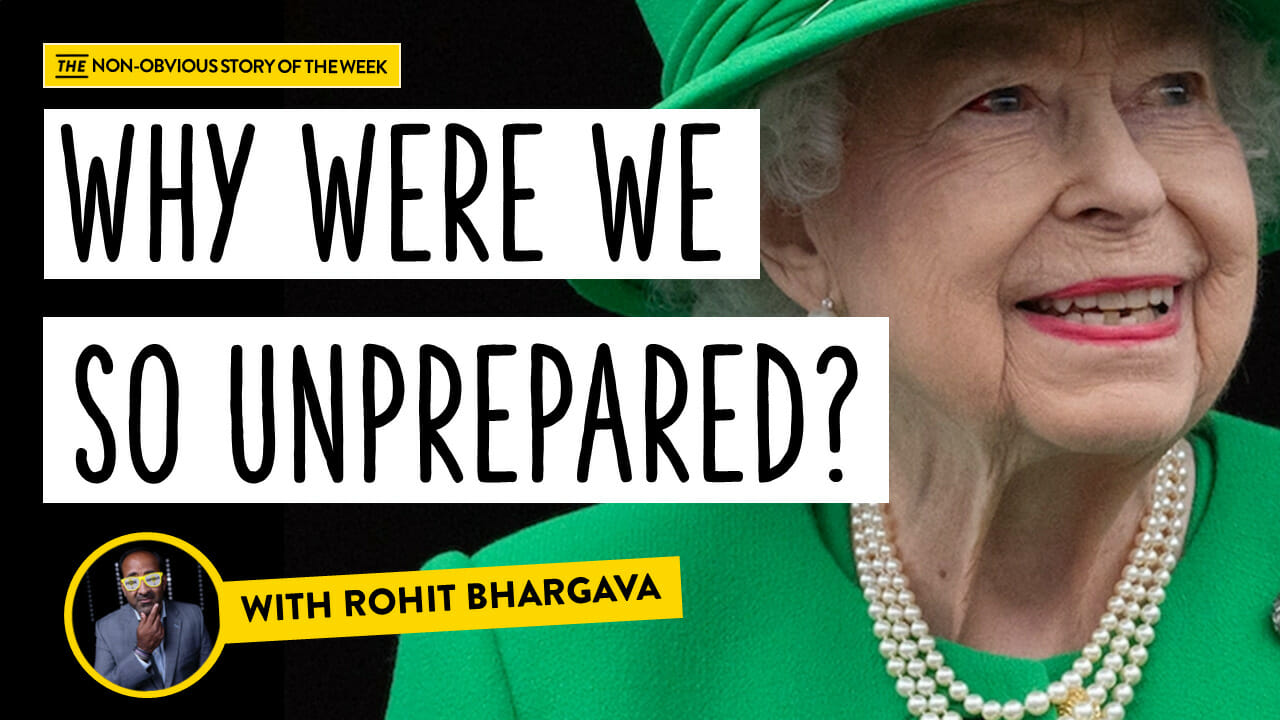 It’s been exactly a week since Queen Elizabeth II died and my newsfeed is still filled with a combination of mourning and criticism as Britain grapples with the loss of its longtime monarch and figurehead for decades of colonialism. The story that captured my attention, though, was the plight of more than 800 brands that had the “royal warrant” from the Queen to use the British coat of arms in their marketing because a member of the royal family had used their product for more than five years. Now those warrants are automatically invalidated and all of those brands have to reapply for the same permission from King Charles III.

And they have to change all the currency with the King facing the opposite direction. The thing is, we all knew the Queen wouldn’t live forever. So this day was obviously on the horizon – and yet no one seems prepared for it. In a world where we spend a lot of time worry about disruptions that we can’t see coming, this whole week should be a reminder that there are some disruptions we clearly know are coming. So when they do happen, being unprepared is no one’s fault but your own.