Sometimes clients don’t buy great ideas. And sometimes creative people have great marketing ideas for brands they don’t work on. I have thought for years that the greatest marketing idea for Crayola would be to create their own series of coloring menus and crayons for kids, and sell them to restaurants on a monthly basis as a subscription. But I never worked with Crayola, so that idea has just been sitting in my head for years.

Thankfully, the people behind the collection of ads in this post decided not to lock them away in the back of their minds. Instead, they created concept videos or used Photoshop to launch these brilliantly creative concepts online. Together they offer some interesting lessons on marketing that works or doesn’t work, and why.  Here are a few of those lessons: 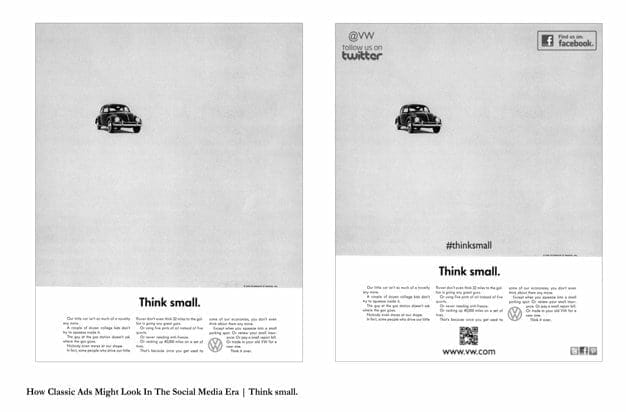 The “Think Small” ad introducing the first VW Beetle is a legendary print ad in the history of advertising. In this reimagined version first featured in a Behance collection of how classic ads might look today, the ad is “socialized” with everything from a hashtag to a QR code. In the process, it points out just how silly all our iconizing of ads with little social media buttons really is … especially for a print ad, which (in case you forgot) isn’t usually connected to the internet.

Lesson #2 – Stand For Something Bigger

One fake ad I have used often in presentations is the fun concept ad above. While it might seem like a Heineken ad, it was actually created by a group of students at an advertising school. The concept is great, and easily shareable. What I started wondering, though, was why the students chose Heineken to complete this ad for instead of some other brand? The reason, I think, is because Heineken is an experiential brand. They sponsor large events and create branded moments for their customers. And because they stand for something larger than their brand, when a team of students decides to spend some creative energy making a fake ad … Heineken is at the top of the list of brands they choose to feature.

Lesson #3 – Be The Brand You Already Are 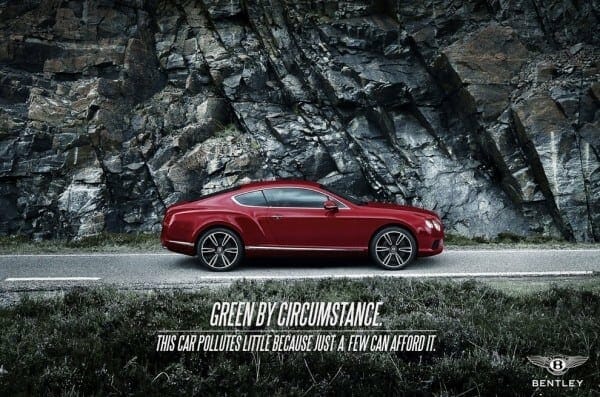 No one would buy an exotic expensive car like the Bentley pictured in this ad because they love the environment. They are buying it for another reason. And just as Hummer is not a brand that talks about the environment, Bentley has the same “opportunity” with their cars … which this ad brings to light. We may not like inefficient cars that are not built to be good toward the environment, but there can be a value for brands in knowing who they really are … and more importantly who they are not.

One of the most romantic notions that consumers sometimes imagine in a world of manipulative advertising is what it would be like if brands truly shared the entire truth. This fake ad for “the first honest cable company” shares a caricaturized version of what that ad might say if honest were at the heart of it. Thanks to the reality of an industry that has long been maligned for poor customer care and overpriced services – it’s no wonder the ad rapidly went viral with more than 3 million views so far. 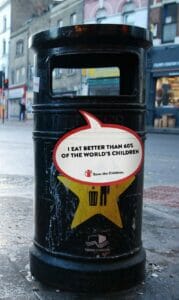 In a world with constant injustice and inequality, people may generally care but they need visual and frequent reminders of the problem in order to inspire them to take it more personally and choose to ad. This ad concept offers an interesting way to provide that reminder to people who may be choosing to throw away food and drinks. It may not change their behaviour in that moment … but it offers a visual reminder of the importance to not waste food that will last far longer in their minds.