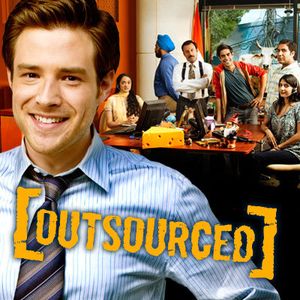 Having moved from a city where political correctness barely exists (Sydney) to one where it was invented (Washington DC) qualifies me as something of an expert. The idea of the importance of being politically correct is good in principle … because there are many things that people can unintentionally do to marginalize or demonstrate an ignorance for another culture or gender. Yet the downside of a culture where political correctness dominates conversations is that people are forced to demonstrate a fake indignity over certain things simply because they feel they are supposed to.

This week a campaign led by many South Asians and including people from many other cultures
has been leading the charge to save a comedy called Outsourced from being cancelled by NBC. It is about a call center based in India and the culturally shocking adventures of the one American who has been sent to India to manage it. Does the show make fun of India? Yes. Does it make fun of being American in India? Yes. As a result, there are many people who feel that the show is too politically incorrect.

The show is filmed in India and features a cast of nearly 100% actors of Indian origin. There was a time when if you asked anyone to name an Indian character on TV, the only name that would come up was Apu from The Simpsons. Recently there have been an influx of Indian actors in leading roles on Parks & Recreation, The Office, Scrubs, House, Heroes, Lost, ER and many more. A film set in India featuring an Indian story even won the Best Picture Academy Award in 2008.

So a show like Outsourced was perhaps inevitable as the next evolution – using an all Indian cast and putting a contentious social issue like outsourcing and the tension it causes between cultures front and center. The show is a comedy about the real life challenges of communicating across cultures – and that is the subject line for many of the episodes. As our world gets more global, this is a subject that we need to talk about and one that we need to laugh together about.

Outsourced is not politically incorrect toward Indians, it puts a spotlight on how funny and universal the idea of relating to someone from a different culture can be. The show is hilarious and this is a subject worth spotlighting through a primetime comedy.

If you agree, check out some of the links below and support the effort to save Outsourced:

And a few video clips from the show: