NOTE: This is an excerpt from Chapter 7 of my new book Likeonomics all about Simplicity, the 4th principle of Likeonomics. I hope you enjoy it! 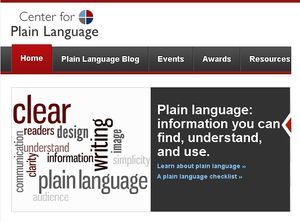 Annetta Cheek is a 25-year veteran of the federal government who now runs a nonprofit called the Center for Plain Language. There has never been a more important time for the Center to exist. “When you’re supposed to be a democracy, and people don’t even understand what government is doing, that’s a problem,” Cheek says. This is not just an American problem either.

All across the world, people are wasting countless hours dealing with bureaucracy and complexity on every level. In 2010, the Hong Kong-based group Political and Economic Risk Consultancy surveyed more than 1,300 business executives in 12 Asian countries. In the results, India was named for having a bureaucratic system that was “one of the most stifling in the world.” The report cited a strong correlation between an inefficient bureaucracy and high corruption rates. Sweden, in contrast, enjoys very low corruption and has been credited as being one of the first cultures to recognize the power of natural language. Way back in 1713, King Charles XII of Sweden dictated this ordinance:

His Majesty the King requires that the Royal Chancellery in all written
documents endeavour to write in clear, plain Swedish and not to use, as
far as possible, foreign words.

Recently in the United States, the government passed the Plain Writing Act of 2010, which requires all federal government agencies to use plain language in every covered document and train federal workers on how to use plain language. A year later, when the Center for Plain Language announced the winners of their annual ClearMark award for plain language, the IRS was the unlikely choice as Grand Prize winner.

The Myth of Good Complexity

When it comes to most government organizations, hardly anyone wants more complexity in documents. Typically when you end up with bills featuring thousands of pages of content, it is usually because large armies of people worked on writing them, or because no one took the time to make them succinct and clear. 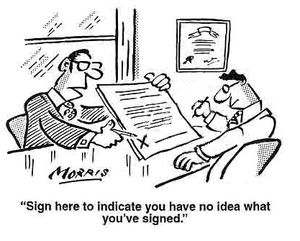 In other words, the reason for complexity in government typically comes down to either inefficiency or laziness. In business, however, there can be the real possibility that some complexity exists because it is seen to be valuable in some misguided way. Brands launch more product extensions because they think consumers want more choice. Lawyers add 30-page disclaimers and terms and conditions in an effort to shield the company from some unforeseen liability or potential lawsuits. Airlines are notorious for having dozens of different flight “fare codes” so they can offer varying rates to different types of travelers based on when they book and other factors.

Unfortunately I have sat in plenty of meetings with very smart business people who argue passionately to keep the complexity in their business because they believe they need to have it. Here are a few of the arguments they usually use:

No matter how forceful the arguments, “good complexity” in most forms usually turns out to be a myth. There are probably certain situations today where complexity may not be causing any serious problems . . . yet. As the consumer electronics industry has been learning for the past decade, the problem is that just because complexity isn’t killing you right now, that doesn’t mean it never will.

A few months ago, I searched on Amazon to find a new Blu-Ray player and found 335 different models. When I went that same day to check the price of a mobile phone I had seen several months ago, I found that it was no longer offered and there was a brand new, barely distinguishable model available in its place.

If you purchased a digital camera just six months ago, chances are if you walked into an electronics retailer they would no longer offer it for sale. 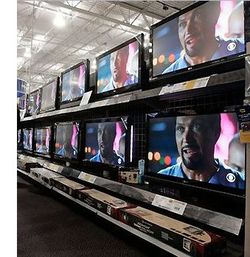 TVs have become so complicated now that many manufacturers of high-end sets recommend you pay several hundred dollars (on top of buying the TV) for a “calibration service” just to make sure all of the settings are optimized for your TV once you get it home.

This constant complexity leads to gadget confusion, where competing products differ only slightly and consumers end up bewildered and frustrated. In response to the growing epidemic of gadget confusion, some retailers have created full “Geek Squads” of internal technical experts who can make house calls and help to set up or explain technology. In addition, a startup called Decide.com launched in 2011, and has already partnered with Consumer Reports to offer a tool that helps shoppers decide whether they should buy a gadget now or wait until the next upgraded replacement comes out.

One of the most interesting types of products to examine in this evolution of complexity is one that has managed to escape the trend of increasing complexity, and instead, offer products that are getting simpler and
simpler: the handheld video camera. When Sony launched the first consumer handheld video camera in the early 1980s, it was so bulky that it was designed to rest on your shoulder in order to be “portable.” The technology quickly evolved, though, and over the next 20 years, Sony and their competitors focused on two big priorities:

The products were still generally difficult to use, requiring you to wade through a user manual to learn how to use all the right buttons and features, but it was seen as a necessary evil.

The bigger problem was that consumers were all building up a vast but nearly useless library of video on tapes or data cards. After forcing some immediate family or unfortunate friends to watch those videos right away, they would be stuck on a shelf or in a drawer waiting for the day when you would finally return to edit them. The day usually never came.

Then, in 2007, a single product changed everything.

A small startup named Pure Digital had first launched a product the year before called the “Pure Digital Point & Shoot” video camcorder, which was exclusively available at CVS pharmacies. It was a one-time use video camera designed to enable you to record video and then bring it back to your local CVS to have it turned into a DVD.

A year later, the camera was relaunched as a permanent camera that most industry analysts thought wouldn’t last a month. The video quality wasn’t great. The price point was less than one-third of other video cameras on the market. Even the design of this little product looked like a toy, with just one simple red button at the back and barely any instructions. It was that easy to use.

As founder Jonathan Kaplan would later explain, “The really successful [products] are ones people never thought they wanted.” And Kaplan’s product did have one killer feature aside from its simplicity of use: a built-in USB plug that would allow users to easily plug the camera directly into their computers in order to upload or edit videos easily using the built-in software. What was their big insight?

The most important thing about video wasn’t the picture quality. It was how simple it was to take and how easily you could share it with the people in your life. Realizing that the product’s name would be a vital component, Pure Digital hired a naming company, which developed hundreds of potential names.  The name Kaplan gave to the product, though, was inspired by the keychain to his Audi and how the spring-loaded key would pop out at the touch of a button.

He named the new camera Flip.

This excerpt is from Chapter 7 of Likeonomics, all about Simplicity – the fourth of the TRUST principle that I lay out in the book.  For a longer excerpt, please visit the book website at www.likeonomics.com/excerpt - and if you enjoyed the reading this, please consider buying Likeonomics today!

1 thought on “Simplicity: Plain Language & The Red Button That Reinvented Your Memories”