This might surprise you, but Zappos doesn't offer standard overnight shipping. But for years customers of the site have been getting overnight shipping even though they didn't ask for or even pay extra for it. The reasoning is simple, if your customers have lower expectations – it is easy to consistently exceed them. We feel delight at getting the product overnight because it is faster than we thought it would be. 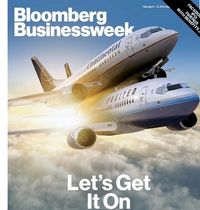 This simple behavioral insight is something that most companies have done a fairly poor job of remembering. I was reminded of it last week as I traveled for work and took United as I usually do. For the past year, United has been communicating to its customers and workforce that they will be merging with Continental airlines to create the world's largest airline. The complexity of this merger is legendary and involved everything from selecting a single brand of coffee to implementing a vast IT integration of reservation systems. Continental customers expected some turbulence. After all, their airline was getting acquired so there were sure to be some bumps in the road.

But the CEO of the merged airline is the former CEO of Continental, Jeff Smisek. The computer system is the old Continental system. Many Continental policies have overwritten United policies. Even the frequent flier numbers of millions of United customers were converted into Continental numbers. None of this really matters all that much, unless something goes wrong – and it has. United's most frequent fliers (the business travelers like me who spend tens of thousands of dollars on flying and participate in the highest levels of frequent flier programs) are not happy with United.  In fact, several are extremely unhappy. 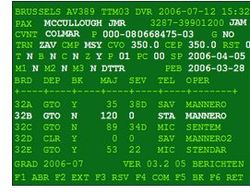 For each of them it feels lot like United was purchased by Continental and not the other way around. When it comes to the employees, the situation is even worse. The majority of the workforce used to work at United. Though they still do, for many of them it doesn't really feel like it. The system they use every day has moved to green screen terminal like the one they used to use in the 1980s (yes, seriously).

As I spoke with several gate agents in multiple airports last week, their sentiment was the same: everyone thinks the real reason they had to switch to Continental's less user friendly HP SHARES system was because the new CEO is from Continental was partial to that system. This probably isn't true, but when your staff thinks you are making decisions based on ego and legacy instead of merit, you have a problem.

What could they have done differently? The biggest mistake United made came down to one of managing expectations. By calling the merged airline United and consistently communicating about how they were taking over Continental – the staff of United and loyal United flyers assumed that their experience would remain pretty much intact, and that the CONTINENTAL people who came over would be the ones who would need to learn a new system and new processes.  Instead it is the other way around.

They forgot the simple lesson that Zappos has embraced and that anyone who has worked as a consultant has likely heard at least once: underpromise and overdeliver. United did the opposite – and it has created a huge rift with their best customers and hard working employees.