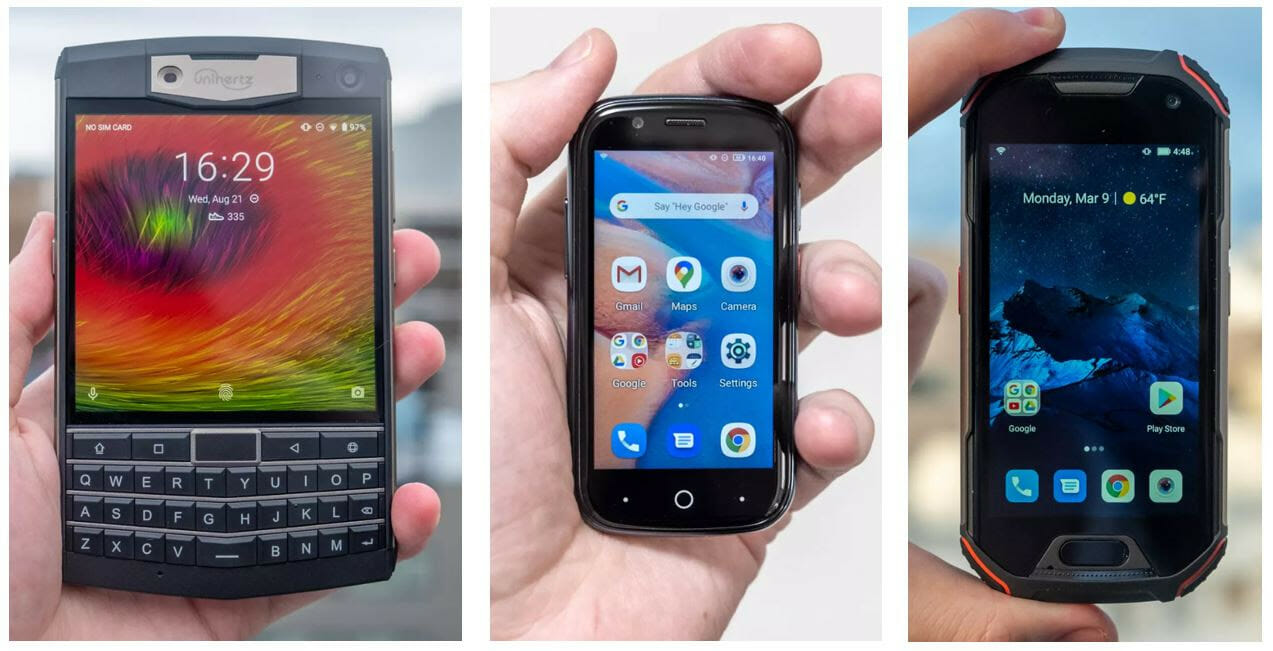 Each time a “game-changing” new mobile phone is announced with a camera that has incrementally more megapixels, it sparks another moment of tech envy. Every few months we are forced to regret the decision to buy our own inferior phones that seem nowhere near as awesome as the new one that makes our previous version obsolete. But what about those people who want something besides the best HD camera and screen resolution with a sub-par phone?

It turns out there may be a market for more unusual phones after all.

For the past few years, a small Chinese phone maker named Unihertz has been offering unusual niche phones. Their Titan model is like an old-school Blackberry with a full keyboard. The 4-inch Atom XL is small and rugged, built to survive some serious punishment. And their latest phone, called the Jelly, is currently up on Kickstarter and has a tiny three-inch screen and a brilliant backer video that spotlights some more unusual benefits of the tiny phone, including IR support to use it as a TV remote, two SIM card slots (so you can use it when you eventually get to travel internationally again), and a low price so they can position it as your backup phone. Clearly it’s working – they already passed half a million dollars in backers.