I have been a fan of the Amazon Kindle device for some time now … and I ordered the new 7 inch Kindle Fire the day it was announced. This weekend I had the chance to try it out, and have been fairly happy. What I didn't expect, though, was to take away quite so many marketing lessons from the announcement and launch of the device itself. In the leadup to the launch as well as after I had the chance to try out the device, there were a few extremely smart marketing choices that stood out to me – and should be useful for anyone aiming to launch a product or service into a highly competitive marketplace:

1. Set expectations strategically. When Jeff Bezos first announced the Kindle Fire HD, he admitted that it shouldn't be seen as a gadget. "The Kindle Fire is a service," he shared. Not only did this feel immediately believable based on Amazon's heritage as a retail brand instead of a gadget maker … but it also was a great way to illustrate that the real power of the new Kindle Fire's are the seamless way they let you access Amazon's services. And if you don't plan to use all those services, then maybe this isn't the gadget for you. 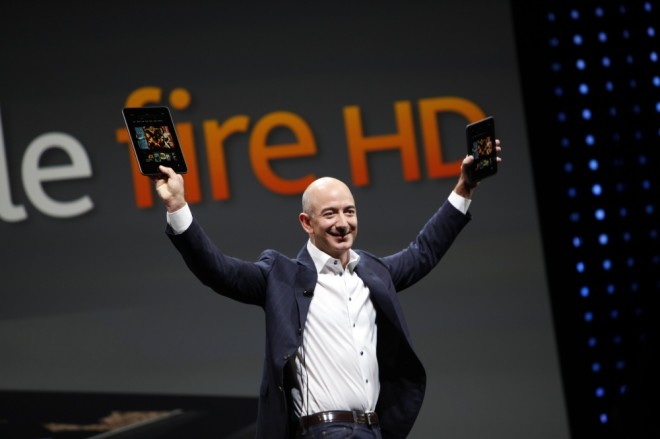 2. Take advantage of dead space. One "feature" of the new Kindle Fire HD that is sure to annoy some users is that every time the screen goes to sleep and you want to restart the machine, you are delivered a new full screen ad for some piece of content or service (which you can choose to pay $15 to disable). So far, the ads I have seen have been beautifully designed, non-intrusive, and (dare I say) interesting. As long as this quality and relevance continues, it is a very smart way to add value, upsell and create another revenue stream for Amazon to serve ads.

3. Understand where you make your money. The new Kindle Fire HD is priced at $199, which many industry analysts are quick to point out may be at or even below Amazon's true cost to make and ship these. The thinking, of course, is that they will make their money back on users who seamlessly shop more often on Amazon with their new devices for products and digital services. So far, that gamble on that part has probably easily paid off in my case, with the apps and books I already purchased in the first two days of having my new device. 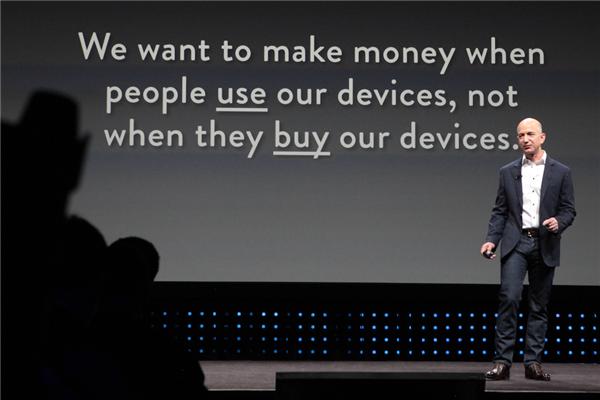 4. Create a cult around your core audience. The Kindle (and on some level Amazon itself) has always championed readers. With the new Kindle, one of the hottest features is "immersion reading" – the name given to the feature that allows you to hear a book read to you via Audible while you follow along reading the text on the device. Along with that, purchasing a Kindle book also gives you access to a public list of phrases from that book that other readers have chosen to highlight. As an author, this insight into what phrases of my book people found valuable enough to highlight was invaluable – and it was useful for me as a reader for several books I'm reading as well. 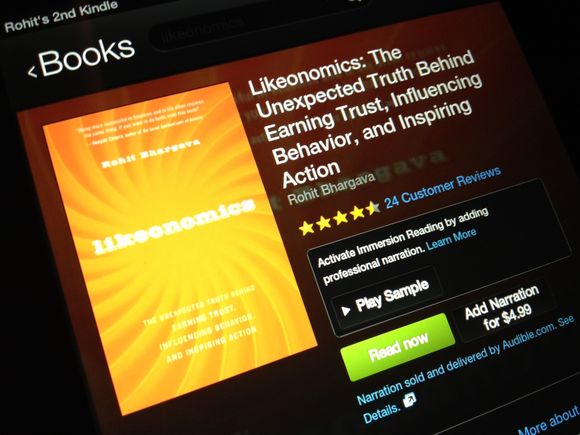 5. Release earlier than your competition. The holiday season at the end of the year is a busy time to launch gadgets. Many other players in the tablet space will likely be coming out in the next several weeks. By announcing the three models of the new Kindle Fire, and actually shipping the smallest one in mid-September, Amazon is poised to beat the rush and lock people into the Kindle platform early. 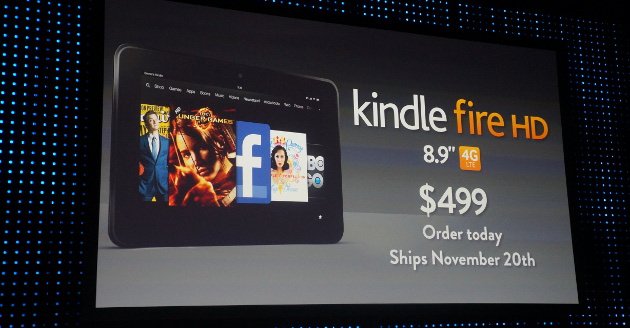