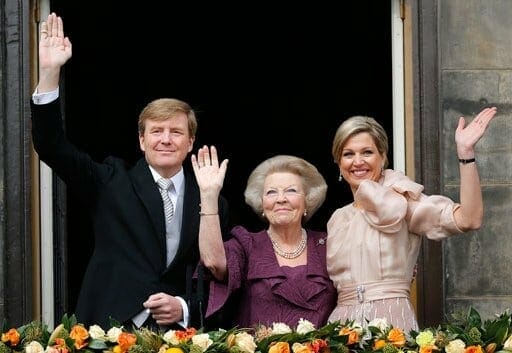 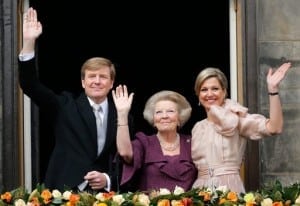 Today was a big day for the Netherlands. Back in January, the Dutch Queen Beatrix decided to abdicate her throne to pave the way for the next generation of loyalty to take over. Today was her final day as queen, as her son Willem-Alexander became the new King and youngest monarch in Europe. As it turns out, Dutch royalty have a long tradition of abdication and handing over the loyal reins to their next generations. In most cases, the rulers are beloved when they do finally step down.

This is the future of royalty.

Unfortunately, that future hasn’t yet become a reality. Abdication is extremely rare among nations that still have monarchs. It has long been rumoured that Queen Elizabeth II will either remain Queen of England long enough to outlive her son Prince Charles (or perhaps live forever … whichever comes first). Sweden, Spain and Belgium are amongst the European nations with longstanding monarchs who are now well into their later years – yet most show no signs of giving up their roles.

We generally treat giving up as a bad thing. No one respects a quitter, right? Except there are very real moments in life and business where the exact act that might command the most respect is being able to step aside and invite a successor to take over. Legacy may seem like a word better used to define the life’s work of a monarch – but it applies to all of us.

What legacy will you leave?

It is easy to cling to the same role you have always had and actively reject any attempts for others to move forward or innovate.  Letting the world around you move forward by removing yourself as a barrier takes strength. Giving up takes courage. And that type of selfless act defines careers, companies and countries. No doubt today is a big day for celebration with excited crowds in orange wigs across Amsterdam … but the lesson is one that we all should celebrate and remember.

Sometimes there is no better way to earn respect than by knowing when to exit with grace.

4 thoughts on “How To Earn Respect … By Giving Up”