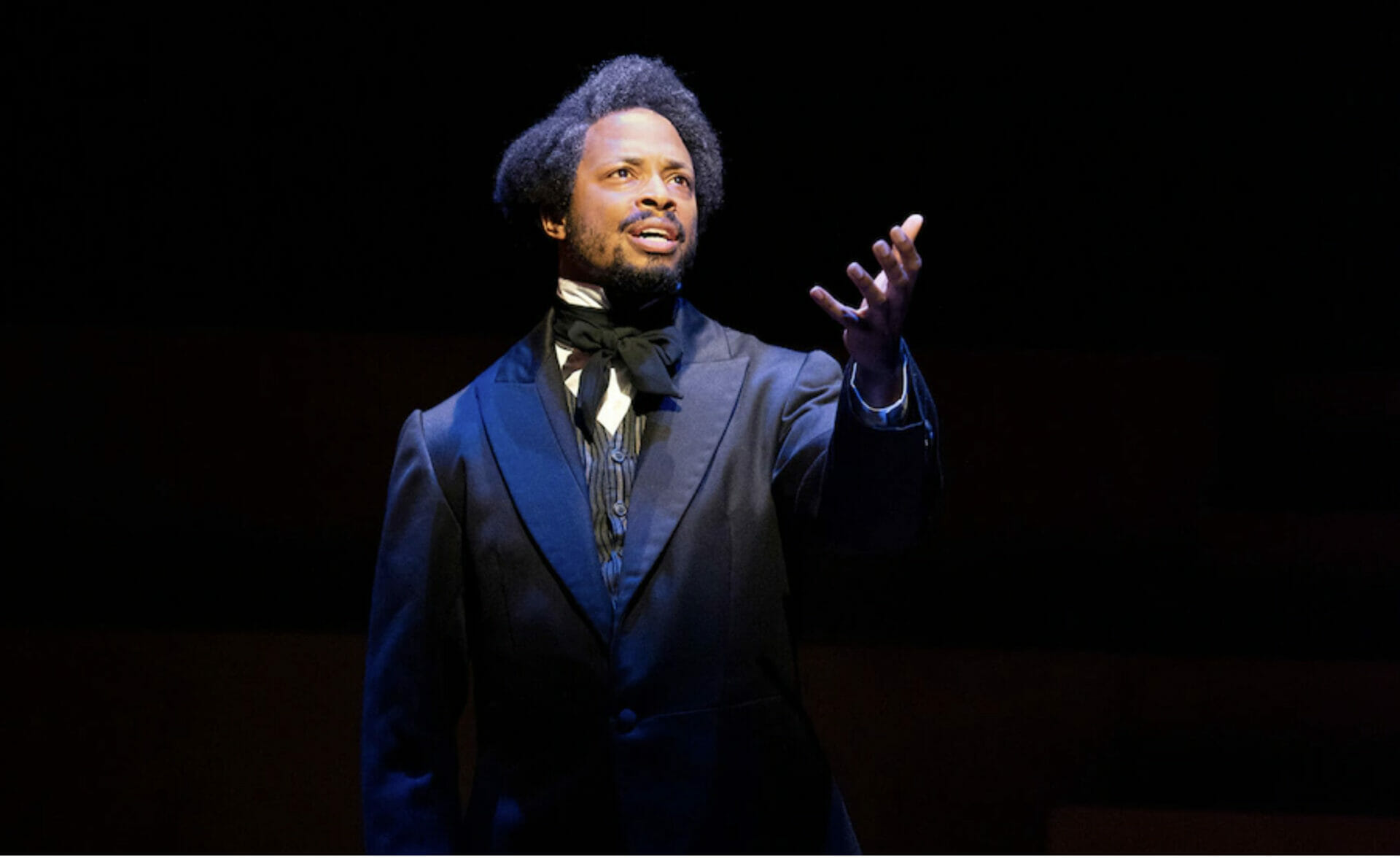 “Where justice is denied, where poverty is enforced, where ignorance prevails, and where any one class is made to feel that society is an organized conspiracy to oppress, rob and degrade them, neither persons nor property will be safe.”

Frederick Douglass wrote these words nearly 150 years ago, but hearing them this week as I watched a production of American Prophet playing at Arena Stage, they felt like a surprisingly relevant reminder to speak out for a more just world. Already being described as getting “the Hamilton treatment,” the show takes an iconic figure from American history and brings the age he lived in to life through songs and selected passages from his own writing.

In addition to his central role in helping architect the freeing of enslaved people, Douglass is remembered for his early support of women’s suffrage long before women were granted the right to vote. For me, the most powerful story in the show explored a moment when he posed for a portrait photo and seemed to understand immediately the gravity of that moment and the important role photographs would take in shaping history and countering stereotypes through real images:

“It is evident that the great cheapness, and universality of pictures must exert a powerful though silent inﬂuence, upon the ideas and sentiment of present and future generations.”

When it comes to thinking about how photos may be used to understand history decades from now, technology will play a much bigger part. Here’s one example: a free tool that allows anyone to bring old photos to life.

More easily reviving damaged family photo might seem like a nice little feature to keep aspiring family historians busy, but the fact that this technology is becoming more easily accessible could quickly become a very big deal. Imagine if Google Photos or another large online photo platform were to integrate this type of technology into their offering.

All of a sudden, the old and damaged photos of entire family generations could be automatically reconstructed … perhaps changing the way that every family understands and shares their genealogy story with the next generation.