As many media outlets have reported over the weekend, yesterday Ashton Kutcher (the actor and first celebrity to hit 1 million followers on Twitter), walked past a television and saw that the longtime coach of the football team from Penn State University had been fired. As an alum of a rival school, he immediately tweeted about the firing:

The only problem with his rapid response was that it was only in reaction to a part of the story. As Kutcher later learned, the coach (Joe Paterno) had actually been fired over a scandal with one of his coaching assistants and child abuse. He quickly shut down his Twitter account, and then restarted it and apologized for his misinformed tweet … but the damage had already been done. He had unintentionally blasted out to his 8 million followers a mistake that demonstrated his disconnection from all the overblown media attention that the scandal had been receiving over the past week. 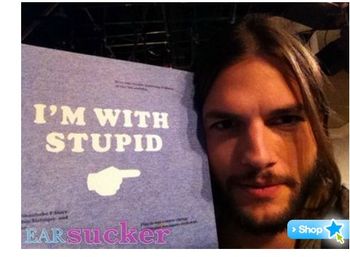 Should actors be required to keep up with current events? Probably not, and there are plenty of people in America who remain equally uninformed about what is going on in the world – but from a marketing perspective, his reaction to the whole situation in a lengthy blog post was the most interesting aspect of this whole situation:

“While I feel that running this feed myself gives me a closer relationship to my friends and fans I've come to realize that it has grown into more than a fun tool to communicate with people. While I will continue to express myself through @Aplusk, I'm going to turn the management of the feed over to my team at Katalyst as a secondary editorial measure, to ensure the quality of its content.”

Could it be that the real problem with something like Twitter comes from the fact that you have an individually controlled media platform that (in theory) could reach more than 8 million followers, without any editorial filter? As Ashton notes in his post, when an audience grows to that size, it may just become too much for a single person to handle. 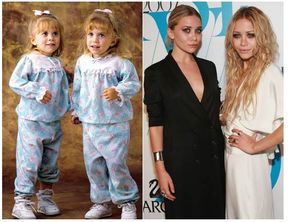 Ultimately, his experience perfectly illustrates the exact same problem facing any brand which is actively using social media to communicate with their customers. At some point it becomes too much for one person to handle and you need to scale your team. I had an interesting thought about this exact problem this weekend as I went to see the new Harold and Kumar movie. There was a little girl cast in the movie, and the end credits showed that her character was played by a set of triplets. Using twins or triplets in kids roles for movies is nothing new, and it makes a lot of sense. One kid gets tired, you can just swap another one in since they all look the same.

What if we thought about scaling social media along the same lines? Not to create a group of robots who can't think for themselves, but to have a team of people who all work so seamlessly together that the customers can't tell the difference. The trick to doing this well, of course, is to not suck all the personality from your people in an effort to make them appear outwardly the same. It can be done through a combination of great training and empowering your people – but it is still rare to see.

In the meantime, desperate for an easier option, Ashton Kutcher promises to do the same thing that brands are doing … outsourcing the management of his voice and hoping for a better result.

1 thought on “Ashton Kutcher And The Social Media Scalability Problem”