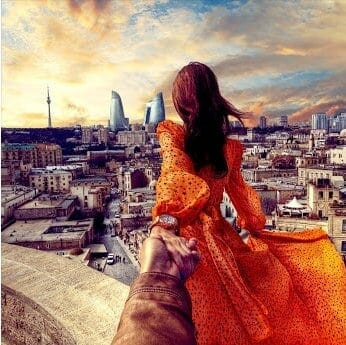 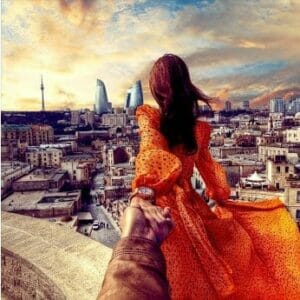 About two years ago, aspiring photographer Murad Osmann was in Barcelona on vacation with his girlfriend Russian journalist Nataly Zakharova when she grabbed his hand to pull him forward – annoyed at how often he kept stopping to take photos. He captured that moment from his perspective, and it started a project where he spent the next two years capturing the same pose in dozens of pictures from around the world. Nearly every photo features Osmann holding his girlfriend’s hand, while she pulls him forward into the unknown.

Along the way, Osmann’s Instagram account has gathered nearly 1 million followers, and his photos have awakened the imagination of global media and people all around the world. This adventurous couple traveling the globe and always moving forward toward the next experience takes people out of their daily routines. It is the ultimate in approachable art … beautiful moments of real places captured in ways that inspire you to dream of traveling. 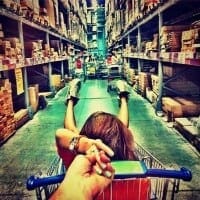 As you might expect, some brands have found their way into Osmann’s #followme project as well. He tests out Sony camera lenses, and visits an IKEA in Moscow with his girlfriend. The most ambitious marketing effort around his project, though, was a recently launched TV spot for Google Plus designed for the Russian market. In the ad (below), Osmann shares the story of his project and his inspiration. It is only narrated in Russian, and has been playing frequently online in the Russian market for the past several weeks and has nearly 3 million views so far. It also happens to offer a rare glimpse at the face behind all of those photos.

As part of the campaign, Osmann has also retroactively created a Google Plus profile to post all of his photos and continues to keep that page up to date as of the time of this article. So what can this effort and the inside story of the #followme project teach you about marketing?

There is a reason you never get to see the face of the “beautiful stranger” in Osmann’s photos. It piques your curiosity and makes you want to see more photos to learn about the story behind these images. In a world of plentiful video, the hidden mystery of a flat two dimensional photo is irresistable. It works because we are accustomed to seeing so much more. And that is also the reason Google’s video is so powerful. It is the first time most people will see the identity of that mysterious stranger. 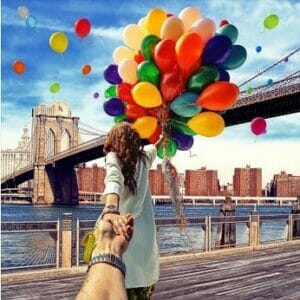 2. Use consistency to build a brand.

Almost every shot in the #followme project uses the same recognizable pose of the girl leading her boyfriend into global adventures. That pose is what keeps all the images together and creates a recognizable brand. Yes, the photos themselves are a brand of sorts with their own reputation and emotional response that comes along with them. The lesson? Brands can be built in more ways than just a logo and a tagline.

When Google was looking into the idea of telling Osmann’s story – there was a small problem. None of his photos were actually on Google Plus since he had been building his audience on Instagram. Instead of letting that be a barrier, Google helped him created a profile on G+, posted all of his previous photos on there, and (probably) secured a commitment from him to continue posting his images on Google Plus. As a result, the campaign works even though it wasn’t officially “born” on Google Plus. 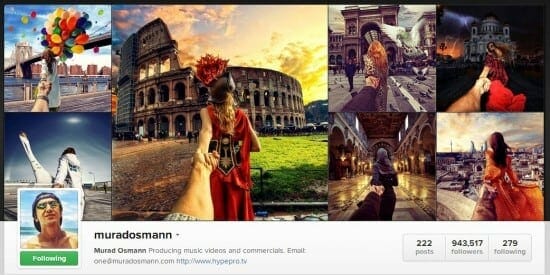 In order to feature Osmann’s story, Google could have demanded that he abandon his Instagram account and only post to Google Plus. Brands demand this type of exclusivity all the time. Instead, Osmann is actively cross posting new images to both Instagram AND Google Plus. This clearly reduces the views of any image on Google Plus … but more importantly it lets Osmann maintain his current audience – and potentially offers Google a chance to share more engaging experiences about the #followme project (such as the backstory video) to bring Instagram users over to Google Plus.

5. Build on a cultural trend. 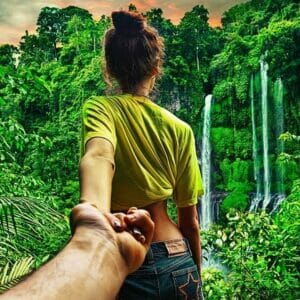 The last lesson from this campaign that is valuable for any marketer to learn is how Google and Osmann himself managed to use the cultural trend of female empowerment to great effect in this project. The Daily Mail UK article that offered global visibility to the project started with this line: “Some men aren’t keen on letting their partners take the lead. But not Russian photographer Murad Osmann.” The fact that every photo features a woman boldly charging into adventure with her boyfriend following behind is a metaphor that hasn’t been lost on anyone who sees the collection. And for many, it makes it that much more powerful.

Over time, the project will likely continue to add more photos and perhaps attract the attention of more marketers who wish to find ways to work with Osmann and be part of the project (most obviously, travel destinations). As that happens, we can only hope that each new brand learns from the strategy that Google Plus has used to add to the project instead of ruining it.

3 thoughts on “5 Marketing Lessons From The Alluring #FollowMe Project”