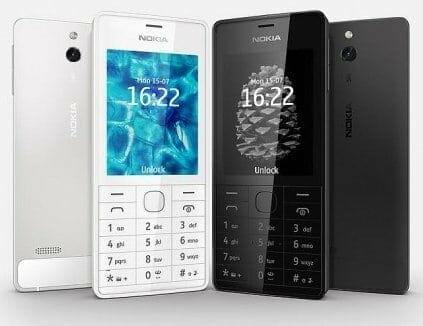 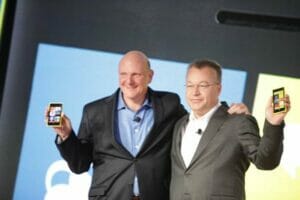 Last month Nokia quietly missed the opportunity of the decade.

It wasn’t easy to spot. Amidst all the news about the mega-implications of the Microsoft-Nokia merger this week, some critics are adding up the failures of two doomed brands while others see it as proof of Android’s projected growth. Just about every article looks at the deal through the lens of smartphone market share. There is only one financial question everyone is asking: who will dominate the smartphone market?

The Nokia Phone You Haven’t Heard About …

Nokia has been receiving great reviews for one of its most ambitious phones yet – the Nokia Lumia 1020.  Featuring the killer feature of a 41 megapixel camera sensor, the highly entertaining TV spots promoting the new phone use familiar situations like attending a kid’s theater performance to demonstrate just how good life would be if you could zoom in without having to be part of the action:

What most of us missed was another Nokia phone that quietly launched at almost the same time.  It had a much different promotional plan with a single ordinary product video [below] posted onto YouTube and a lonely product page on the Nokia website.  This phone (unimaginatively dubbed the Nokia 515) was the opposite of a smartphone – fitting in a category that gadget blogs have termed “dumbphones.”

It’s not easy to understand why Nokia didn’t focus on promoting the 515.  Of course the Lumia 1020 is a far sexier place to put marketing dollars.  Yet this one missed opportunity points to a greater truth about the new Nokia-Microsoft alliance which may indeed serve to doom both to remaining a distant third place behind iPhones and Android Phones.

Why?  Because there one thing that tech enthusiasts love to forget when it comes to these so called dumbphones … there’s actually a surprising number of people who want them.

Who Wants A Dumb Phone? 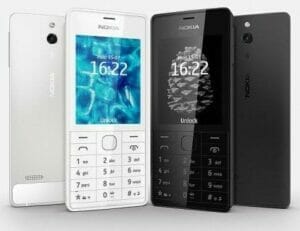 Of course no one goes into a phone purchase looking to buy a phone that is low on intelligence.  But the “dumbphone” category basically includes any phone that doesn’t feature wireless internet and surfing capability.  Here’s the thing about all of that access that tech snobs sometimes forget … not everyone wants or has the ability to pay for it.

There are at least five key target audiences that would LOVE a dumbphone like the Nokia 515:

And these are just the categories of potential users that came to mind with a little bit of thought.  The true audience includes perhaps many more categories of users.  And there are billions of “dumbphones” currently in use throughout the world.  The market for these phones may be shrinking worldwide, but it is more sizeable today than most media would have you believe.

Aside from the myth that no one wants these dumb phones, even the gadget blogs raved about the design and features of the Nokia 515.  PhoneDog noted that the Nokia 515 was “the first feature phone that has interested me in years.”  And Wired magazine called the phone “the nicest dumbphone you can buy.”

3 Ways a Dumb Phone Might Have Changed Nokia’s Future

So despite the fact that there is a market for dumb phones that numbers in the billions (today), and Nokia has the ability to put out a dumb phone that even skeptical critics give winning reviews to … they chose to follow Microsoft’s also-ran “Don’t Fight, Switch” positioning and focus on their own top of the line smartphone in the Lumia 1020.  As we now know, this strategy ended in the recent merger with Microsoft.

While the merger may yet pay off for both partners, there are three ways that making a different choice might have changed Nokia’s fortunes – and carved out a sizable alternative market without taking on Microsoft as a partner:

Every analyst watching the mobile industry is predicting a future heading towards smartphones.  Connectivity will get cheaper, technology will get better and devices will become more ubiquitous.  None of that is likely to change.  In the quest to dominate smartphones, though, there was a golden opportunity for one player to position themselves outside of the race.

What the industry calls “dumbphones” may be just the kind of focused and functional product today’s market is longing for.  And in a market like that, ignoring what customers want isn’t just a bad strategic choice.  It’s also pretty dumb.