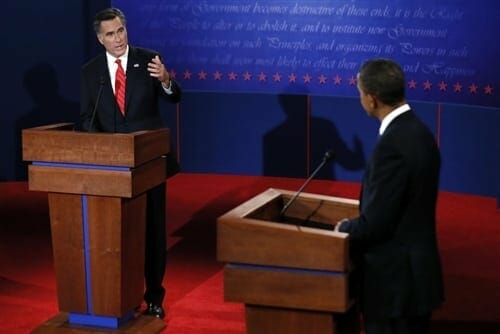 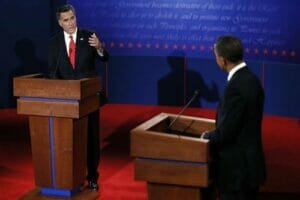 It is just a few hours after the first US Presidential debate, and the media blitz is on to declare a winner. Most media give Romney the edge, and share the many ways he gained in the polls. On the CNN likeability poll, Romney came out with 46% of voters watching the debates feeling that he had the edge – while 45% felt President Obama was more likeable. But not everyone agrees that we should even care that much about their likeability.

A few days ago The Telegraph published an article titled “Why Likeablity Is The Bane Of Modern Politics.”  In it, the author argued that “clowning around on a chat show, or even being a devoted Dad, may count for less than having a serious grasp of economic reality.” The more fundamental question the article poses is: are we really so easily misled by something as seemingly superficial as likeability? Aiming to offer an answer this question, an unrelated poll of American voters aged 18 to 29 released yesterday shared survey results that young people say they “prefer substance over likeability.”  The conclusion isn’t particularly surprising. It’s the “rational man” argument and it has been proven wrong before.

For most of the late nineteenth century and early twentieth, the prevailing economic theory was that economic decisions would always be made rationally. People would weigh alternatives, look at the information they have, and then make the most rational choice. This rational choice theory was used by many economists to describe social and economic behaviour of the time. The only problem was, it had some very visible short comings. 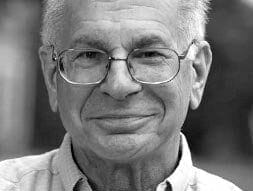 In many situations, people would not behave logically. They would invest badly. They would make decisions against their own long term best interests. People, it seemed, were influenced by more than just rational thought. Researchers Amos Tversky and Daniel Kahneman devoted their lives to studying judgement and decision making, and collaborated on several pieces of research that essentially introduced the new field of behavioural economics. A popular topic today explored in many best selling books and groundbreaking research, the fundamental principle behind this new school of thought is that people often behave in inherently irrational ways. We are emotional decision makers, not cold calculating robots. And, most significantly, we hate to admit it.

So every time a new poll asks us what is most important, of course we say its the issues. That’s the rational answer. And then millions of Americans go to the polls on election day and cast their votes based on something else. That something else is likeability, and it will be the deciding factor in this election. Here are a few reasons why:

1. Undecided voters won’t decide based on issues, or they would have already picked a candidate.
We enjoy seeing live focus groups of voters who seem to carefully deliberate over every word the candidates share. The fact is, the people who are voting based on issues have already made their decision of who to vote for. The undecided, or the “low information voters” (as Bill Maher derisively called them) are swayed by drama of the performance. By most accounts, they are the ones who will decide the election, and they will cast their votes based on which candidate they LIKE and personally connect with more – not on issues or deep moral beliefs.

2. Candidates are trying hard to be likeable because history shows being unlikeable can cost the election.
During the debate, President Obama started with a heartfelt anniversary message to his wife. Romney wished him a happy anniversary and then went on to talk about real people he met on the campaign trail and what they told him. Both candidates are desperate to find more ways to humanize themselves and connect on a deeper level with the American people. The reason is because they both know just how important being likeable can be. And if you look at previous debates through history, whether it was George Bush Senior looking at his watch during a debate with Clinton, or Al Gore dramatically sighing through his debate with George W. Bush – those likeability gaffes are widely seen by political pundits to have been major factors in costing each candidate their respective elections.

3. People have realized that successful goverment requires politicians who can work with people that disagree with them.
The one thing that all American voters agree on is that government gridlock is a major problem that needs a solution. The lowest rated moments for both candidates during the debate, based on a live CNN tracking poll of undecided voters in Colorado, were moments when they negatively attacked each other. There is strong public support for more collaboration and less partisanship. More collaborative people tend to be more likeable. They are the ones who are able to work with anyone, even those who disagree with them. Perhaps more than any other time in American history, voters realize that this will be a critical quality in their next President.

The bottom line is, it has become easy to underestimate the importance of likeability. It certainly doesn’t seem like it should have the powerful effect that it does on how so many people vote. In a perfect world, every one would calmly and rationally look at every issue and where each candidate stands. They would wait for the facts to be uncovered, remain unbiased and then choose to cast their vote based on a dispassionate assessment of which candidate seems to have a better policy argument. In the real world, votes won’t be decided this way. The act of voting is an emotional moment, and none of us can remove emotion from the experience. The candidates and their campaigns know this well, and you can see the effect of this knowledge daily in how they have conducted their campaigns to try and help them connect on a real level with as many people as possible.

Wishing people would choose their candidate without being influenced by likeability is a bit like wishing your teenager would only date the boy or girl you approve of and pick out for them. You can wish all you want, but it’s just not going to happen.