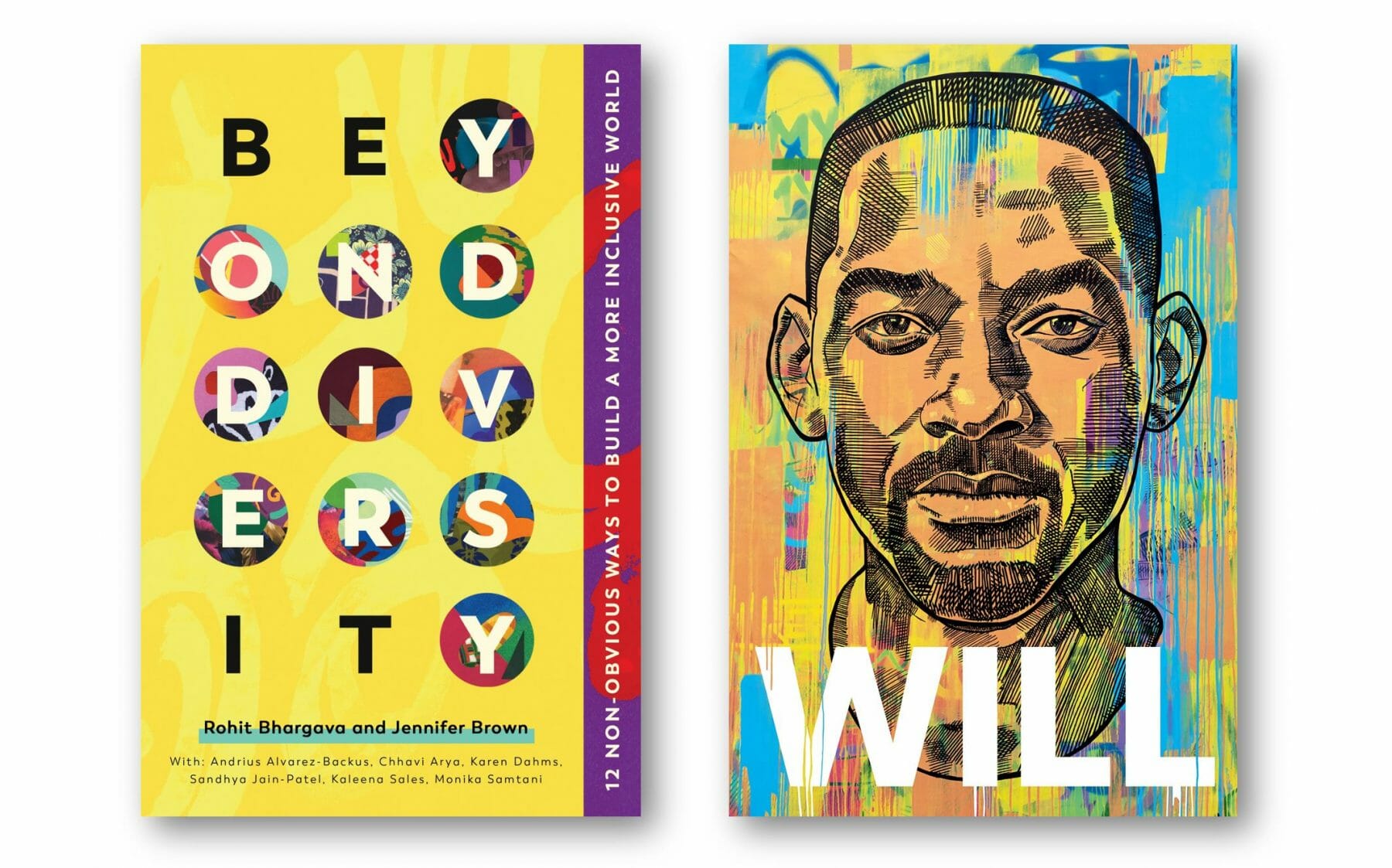 Yesterday was a big day. The biggest movie star in Hollywood released his book. We released ours too.

They both have covers featuring commissioned art work from talented African-American artists, but seem very different in every other way. Ours is a work of non-fiction featuring the stories of more than a hundred entrepreneurs, storytellers, educators and activists. Will is about one man’s story, with universal lessons for us all.

I didn’t know until recently that we would share the same launch day, but for years I have admired Will Smith as an individual, father and performer. I am halfway through his new memoir and it is excellent.

As I share my latest book co-authored with Jennifer Brown (she/her/hers), I thought it fitting to promote it alongside a memoir that Oprah called the “best she’s ever read” … because at the end of the day, Beyond Diversity isn’t a book about my experience. Or about Jennifer’s experience. Or any of our six other contributors. It is about celebrating the stories and experiences of others, and taking lessons from them to build a better world for us all.

In his book, Will writes:

“Some of the most impactful lessons I’ve ever received, I’ve had to learn in spite of myself. I resisted them, I denied them, but ultimately the weight of their truth became unavoidable.”

The process of writing a book about diversity, and hosting the ambitious summit that inspired Beyond Diversity was a bit like that. We challenged ourselves to rethink the language we used, the stories we chose to share and the people we interviewed. The book was our journey, and a compilation of what we learned along the way.

In it’s own way, I suppose that could describe memoirs like Will as well. As a reader, the books that resonate most for me are the ones that help me imagine and realize a change in myself as a result of reading them. Will Smith wrote a book like that. I believe we have done the same thing. If you get a chance to read them both, let me know if you agree.