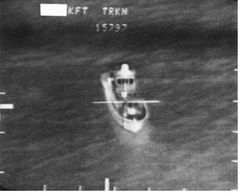 There is a military technique described by the acronym LTD which you should know about. It stands for Laser Targeting Designators and it is basically a laser light source which is used to designate a target. In other words, by "lasing targets" – you put a marker on something so that when you shoot at it, you are more likely to hit it. Marketing people are fond of using military terms like campaigns, targets and hits to describe what we do. For all of our militaristic language, however, most of us don't actually do a good job of paying attention to what elements of military strategy might actually help us to influence people to change behaviour, belief or buying patterns. 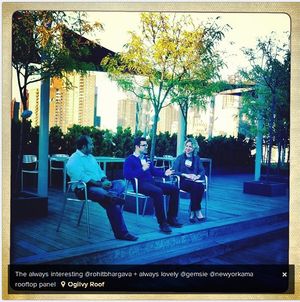 LTD is that kind of idea – and it might just offer the real secret to succeeding with social advertising. Earlier this week I had the chance to take part in an impromptu panel discussion hosted by the New York chapter of the AMA and moderated by the effervescent Gemma Craven from the Social@Ogilvy team all about effective social media strategy. Jon Lombardo, one of the social media leads at General Electric, shared a philosophy that a growing number of smart and savvy corporate social media teams are using. It has four very straightforward (though not easy!) steps:

Creating lots of content is the first step – and finding what works early is the social advertising equivalent of lasing the target. Then when you buy the social advertising to scale that content, you already know it is likely to work. In order to do it, you need to understand the difference between what I often describe as something going "microviral" versus something going "macroviral."

Microviral means you have a lot of views, sharing, commenting or some other form of engagement in a very short period of time. The volume doesn't matter at this stage – all that matters is the speed. If ten people like something within 30 seconds of your posting it, you have a sign of something going microviral. The numbers may vary depending on the size of your audience, but speed here is everything.

Macroviral is that point where you add scale to generate high volume of engagement. The most important thing to remember for this is that most things don't jump from going microviral to going macroviral without help. This is where social advertising comes in. When you have good content that people like, use your advertising to boost it and get more people to see and share it.

In a nutshell, this is the technique that GE has been employing to promote what is working. I have seen similar philosophies to content sharing and promotion being used by more than half a dozen of the world's largest brands that we work with as well. Not everything should be about "going viral" or creating short lived stunts. However, if your goal is to deliver your message at scale and reach exponentially more people with it – then remember the difference between going microviral and macroviral and create great content that is worth sharing and promoting.

8 thoughts on “The Surprisingly Simple Secret of Social Advertising”