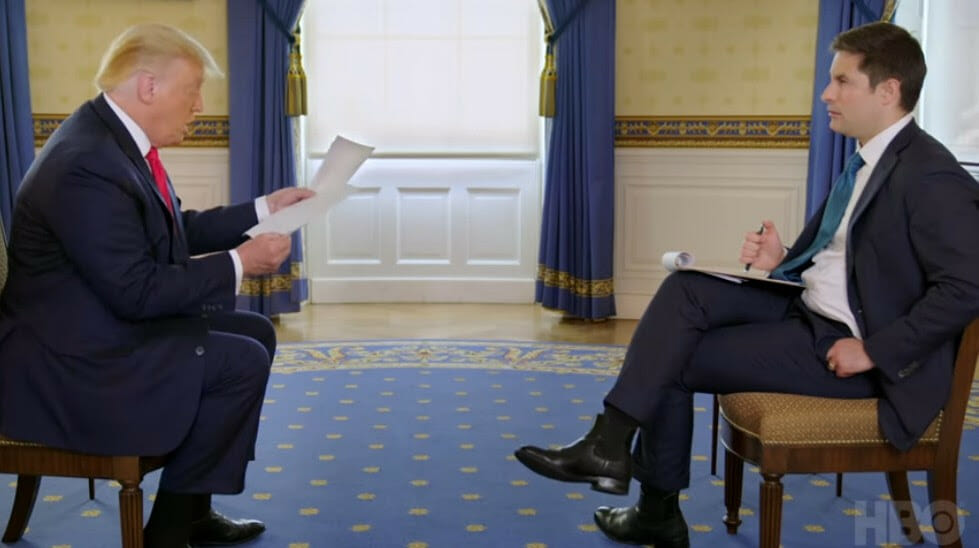 Award-winning journalist Eric J Scholl published a story this week where he deconstructs Jonathan Swan’s interview with President Trump. As he notes in the article, the most powerful thing about the interview is how Swan fact checks the President DURING the interview and refutes his false claims in the moment. As Scholl writes:

“If you can challenge forcefully, real-time, you don’t need to go back and do fact-checking. And that’s the real success of it. And at least part of the reason this type of interview doesn’t happen too often is that fact-checking has become too much of a crutch for media. The President says something. He isn’t challenged on the spot. But he’s fact-checked. Job well done. But it’s not. Because fact-checking is really after the fact-checking. So it’s often rendered meaningless by the time reporters get around to it, because whatever lie has been allowed to float around for however long and taken on a life of its own.”

This is the most powerful insight I have read recently about our current media climate and such an important point that should be shared far and wide. Doing this sort of fact checking live is very difficult and requires a legendary level of preparation on the part of the journalist doing the interview.

Partially, this is why it is so rarely seen. But when dealing with politicians, business executives or anyone else who has a tendency to exaggerate or flat out lie in an interview, it has become a critical skill. So when we see someone exercise it in real time, their professionalism and preparation should be celebrated.