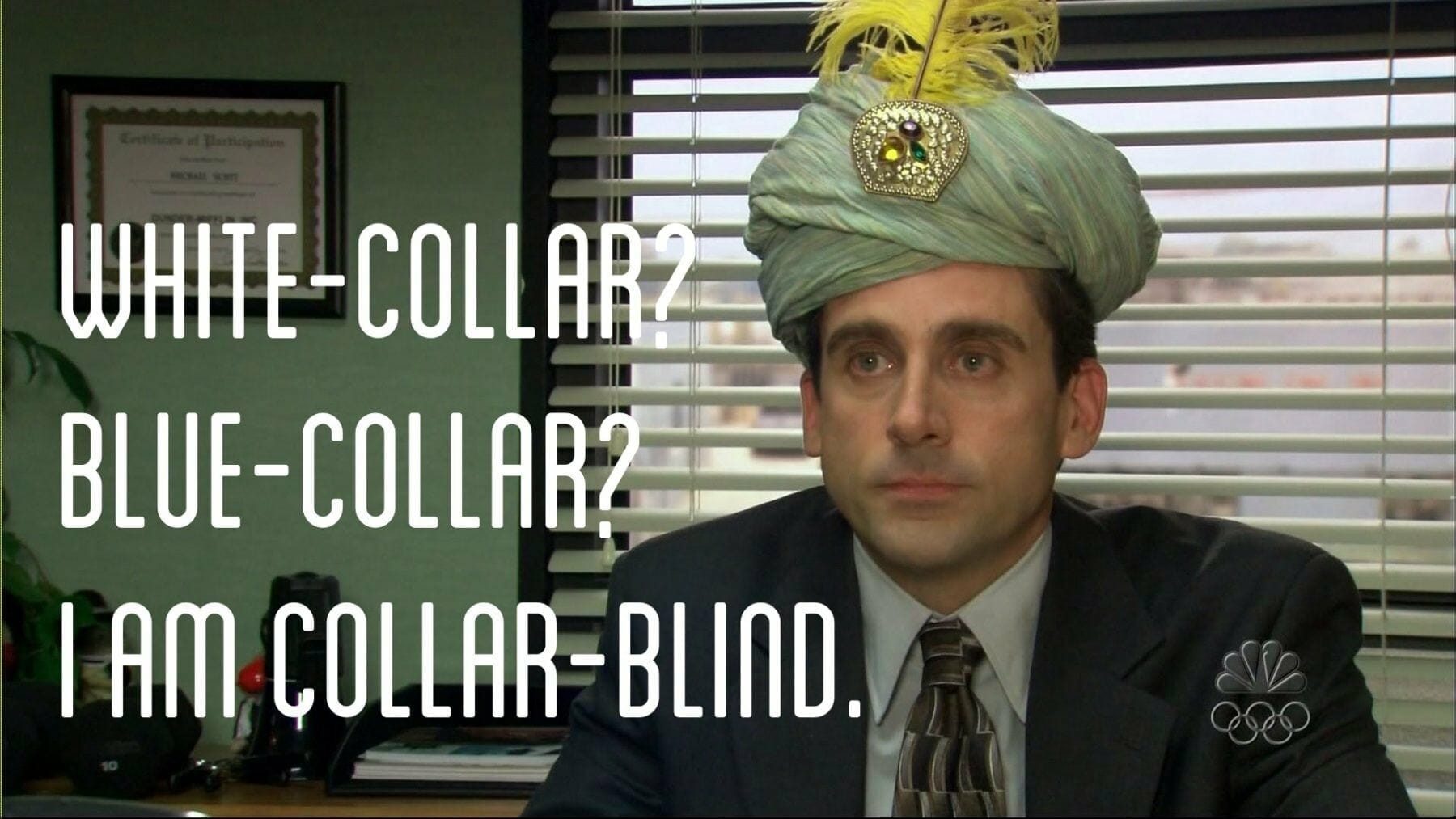 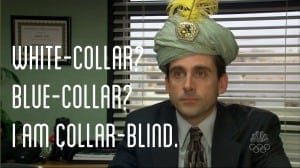 Fellow fans of The Office television show are sharing a moment of sadness this morning. Last night was the series finale of the documentary-style comedy show that exposed the silly side of the workplace for nine years. For me, the show coincided almost perfectly with my move from Australia back to America and my own journey of joining an American workplace, and then leaving to become my own boss around the time that one of the main characters in the show (Jim) first did the same.

But the real star of the show left last year – a lovably lonely character named Michael Scott played by Steve Carrell. Over the years, his character illustrated the highs and lows of having a grown child for a boss. In a signature moment early in the series, Michael Scott is asked by the documentary crew about his philosophy of leadership. Would you rather be feared or loved, they ask. After thinking for a moment, he responds: “Easy, both. I want people to be afraid … of how much they love me.” That was The Office.

A little off center, always entertaining, and routinely smarter about offering sage business advice than anyone usually appreciated.

So to celebrate the show, here are five of the most unforgettable marketing, leadership and business lessons I will remember from Michael Scott and the cast of The Office:

The moments in the show when you see a glimpse of the real sad personality of Michael Scott are the moment when the audience (and the other characters in the show) connect with him. They trust him because it is easy to see what he feels in his heart. Of course, his character is an exaggeration of this type of personality … but the lesson in it is a powerful one for building trust. The less guarded we can be, the more likely someone will see our real personalities and trust us more as a result.

2. The Boss Isn’t Always The Leader.

Though the boss at The Office changed several times throughout the show, it was always clear that the heart of The Office was the character of Jim, played by John Krasinski. He created the memorable pranks that became the signature opening segments for every episode. He organizes the “Office Olympics.” And when he leaves, there is a real void in The Office unlike at any other moment. In real life, there are people like Jim who form the heart of a corporate culture. Often, they are not the boss. But identifying them is always critical to retain (or change) an office culture.

The character of Dwight, played by Rainn Wilson is unapolegetically an enthusiast for paper. He loves to sell it and knows all about it. At one point, when his character looks for another job – he considers “Scranton Breadworks.” His rationale? “Bread is the paper of the food industry. You write your sandwich on it.” Of course his love of paper is over the top, and a little unbelievable … but in the show he also routinely wins any competition for top salesman. His passion shows results – and that happens in real life as well.

In later seasons, the audience starts to get a chance to go behind the scenes of the documentary. We see the sound guys and camera guys filming. We go behind the scenes, and the show becomes more real as a result. In companies, this can have the same effect. Though brands are often reluctant to turn the camera around, sharing some “making of” style content and taking people behind the scenes of what you do can pay off highly in terms of building more understanding for what you do.

One of the most entertaining storylines in the show for anyone who works with digital technology or online marketing has to be the way that the show continually pokes fun at the out of touch technogeek who embraces the tools “of the future” without regard for how silly or wrong they may be. The ecommerce initiative for the paper company fails miserably – because it fails to make life easier for the sales people. Dwight introduces his avatar in Second Life and reminds Jim that “Second life is not a game. It is a multi-user virtual environment. It doesn’t have points or scores; it doesn’t have winners or losers.” To which Jim perfectly responds, “oh it has losers.” 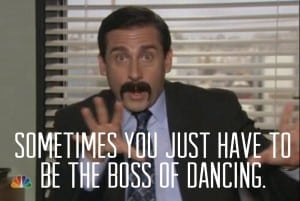 And that may be the perfect moment to capture what made The Office so funny in the first place. It was one of those rare shows, like Seinfeld, that had the ability to take the things around us and shine a much needed spotlight on the hidden humor we might otherwise have missed. And sometimes the lessons are so profound we can only remember them through humor. As Michael Scott so memorably said, “Sometimes you have to take a break from being the kind of boss that’s always trying to teach people things. Sometimes you just have to be the boss of dancing.”

4 thoughts on “5 Unforgettable Things I Learned From The Office”