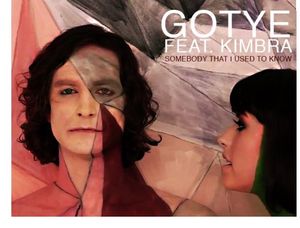 The moment in 1981 when MTV officially launched its music channel by airing The Buggles’ “Video Killed the Radio Star" was a big moment in the history of music. While it may not have been the first moment when videos were merged with music, it was certainly one of the most powerful. All of a sudden you could not only experience a song and how it made you feel, you could also SEE an interpretation of what the songwriter actually meant.

At first this shift worried many music fans. After all, if you watched a video interpretation of a song, how could you really have the chance to interpret the song for yourself? As social media has grown over the past ten years, we have reached a point where an artist's interpretation of a song is only one possible alternative that fans of their music experience.

Through remakes, covers and mashup-style remixes … individual content creators are all adding their own colors to the experience of a song as it is today. Perhaps no song illustrates this more powerfully than the "long tail" of interpretation that has accompanied Gotye's #1 chart topping single "Somebody That I Used To Know."

Looking at the evolution of the many different explorations of that song may offer a hint into the new impact that co-creation will likely have on how any of us experience music today and into the near future. To see what I mean, check out this series of embedded YouTube videos that all feature different takes on Gotye's song … in descending order of YouTube views.

As I watched them, my experience of the song itself started to evolve … as it has for many others that I have seen covers and new versions for.  As this type of creation becomes easier (and more talented people start to do it), I wonder how much will this impact the experience any one of us have with the music we listen to?

Gotye – Somebody That I Used To Know (feat. Kimbra) –
Official video (262 Million+ Views)

The Key Of Awesome – WOTE Parody – Somebody That I Used To Know
(1.4 Million+ Views)