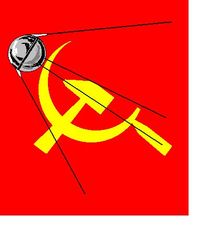 For as long as I have paid attention to conversations about social media, the same topic seems to come up over and over. There is an artificial line that people like to draw between those who "get it" and those who don't. The ones ingrained in using social media talk of connections and engagement, and can't understand why anyone would fail to see the value in these basic principles. The skeptics, on the other hand, just don't believe in the value of it. After all, there are many other more important pieces to running a business than creating engagement on a Facebook page, right?

Terminology like "traditional media vs new media" and "old school" are masking the real fundamental issues behind this disconnection. There are two simple facts:

Last night, President Obama shared the story of the "Sputnik Moment" in his State Of The Union speech – a point in time where Americans realized the potential threat that the Soviet Union posed because of their superior technical ability showcased in the launching of the Sputnik rocket into space. Social media is sitting on the verge of such a moment right now.

To bridge the social media belief gap, we need an enemy. Not one who will attack us, necessarily, but one who poses a threat. In many ways, Facebook is already that enemy. The data they collect on users rivals the best and most comprehensive company database. On a consumer behaviour level in many ways, they understand more about what people actually do and say than many research firms who might charge hundreds of thousands of dollars.

Facebook has already launched the rocket, and its payload is deep knowledge about everything and everyone. Maybe Facebook could become our Sputnik. It could be the threat on the horizon that inspires real action from an entire population, simply to avoid becoming dependent on one platform that will know everything about everyone.

What Sputnik taught us is that the chance to avoid falling behind can be the greatest motivation to bring disconnected worlds and people together. Utlimately, it could become the reason for any brand to uncover the value in social media as well.