Imagine walking through Times Square and instead of seeing larger than life Gucci, Prada, or Nokia ads, you see only the frame of the billboard, or traces of an outline of a poster. Or driving down the freeway and not knowing where the next gas station or rest stop is.

That’s essentially what has happened in SÃ£o Paulo, Brazil. In a bold move in 2006, SÃ£o Paulo’s mayor banned all forms of outdoor advertising as part of the "Clean City" law enacted to clean up the so-called "visual pollution". The ban includes ads on taxis and busses, billboards, neon signs, and even small business signs and posters. Photographer and typographer Tony de Marco has captured images of the stripped billboards on Flickr. 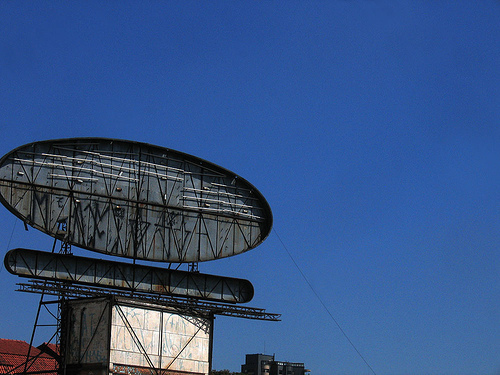 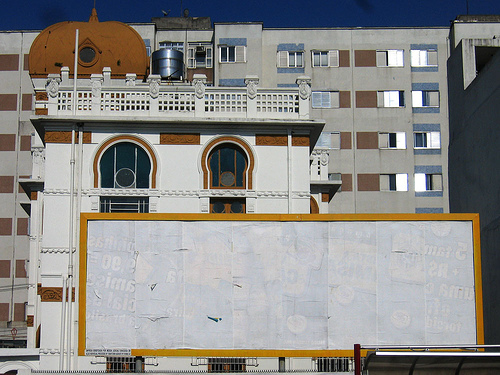 Rio de Janeiro may also be following suit. Together, the cities represent about 50 percent of total advertising spending in Brazil, although outdoor advertising is less than 1 percent of that amount.

In the United States, billboards are already banned in Vermont, Maine, Hawaii and Alaska, states historically known for their natural landscapes.  We highly doubt that Ameica finds those states beautiful because there are no traces of outdoor advertising.  In addition, we think that SÃ£o Paulo has lost a major part of its history and culture with the removal of all outdoor ads.

On the marketing side, you wonder how this affects other media; that is, does it render them less effective since a portion of the integration is gone? On the flip side, some think it will actually make advertisers think out of the box as they have to look for more creative options to fill the void.

Our view is that nature and advertising can peacefully coexist.  People depend on signage to direct them to retail locations and provide a distraction from n otherwise monotonous drive.  Beauty is in the eye of the beholder, and we think outdoor ads hold a lovely place in the world. Thoughts?