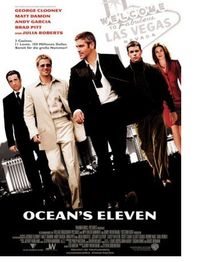 Jerry Weintraub, the producer of Ocean's Eleven, has a dirty little secret. When he talks about getting the first of the Ocean's movies made in 1998, he admits it had very little to do with the script and everything to do with the first two people that he convinced to agree to being part of the project … Director Steven Soderburgh and actor George Clooney. The two of them used their personal relationships to recruit the rest of the dozen actors who would make up the all star cast which included Brad Pitt, Julia Roberts, Matt Damon and others. Each agreed to be part of the ensemble cast at a fraction of the rate they are used to making so the film could afford to be made.

Tonight as the stars rolled in for the Academy Awards, screenwriter and producer Aaron Sorkin was asked an interesting question by the reporters doing the pre-show coverage. "Will you make any deals tonight?" Sorkin's answer was "probably." Or something like that. It's not surprising if you think about it. When you get that many influential people in a room, of course they will make connections that lead to new films and creative projects. It always happens that way. The lasting effect of the Oscars go beyond just the winners and losers. In Hollywood, personal connections lead to million dollar deals. 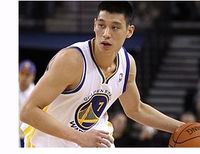 On the basketball court over the past several weeks, we've been hearing a lot about "Linsanity" – the craziness surrounding the rise of a new NBA star.  Jeremy Lin, according to Nielsen research, now officially has more marketability than Kobe or Lebron. A big part of his appeal, aside from being Asian, is his humble and likeable nature in a league known for big personalities and egos.

What's the connection? One of the things I have spent much of the last year working on is understanding the huge role that our personal likeability has on our success. It is the focus of my next book called Likeonomics, which will be coming out in May. Tonight as I multitask watching the Oscars and writing this post – all the pieces started to come together.

Tonight was a moment the same thing happened in Hollywood.  We may not have seen all the deals or big ideas that were sparked tonight.  But I imagine we will see them in the coming years.

2 thoughts on “Likeonomics, Linsanity and Why The Oscars Really Matter”