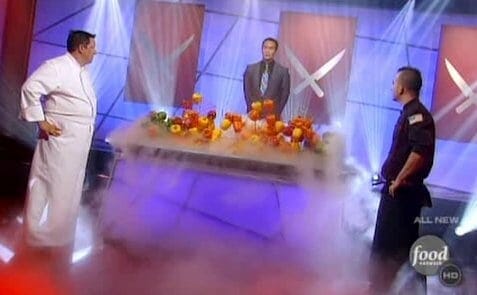 Imagine you’re a chef. You have spent the last twenty years learning your craft. Studying ingredients and cooking techniques. Working for sometimes maladjusted and dictatorial restaurant owners or lead chefs. And now you’ve made it. You have your own kitchen that you lead – and you’re recognized. Your food has made it onto the plates of celebrities and maybe even world leaders. 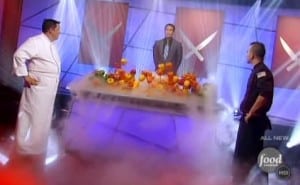 Sounds good, right? Not so fast.

Now imagine you accept an invitation to appear on one of the most popular reality cooking shows on the Food Network: Iron Chef America. The show pits you against another master chef, to create dishes under impossible deadlines, all using a mystery ingredient only revealed at the start of the show.

Last night I was watching a repeat episode featuring truffles, and one of the judges was the renowned chef José Andrés. A recognized celebrity in his own right, he has won the prestigious James Beard Foundation Award and was among the chefs I profiled in a story about molecular gastronomy from my first book, Personality Not Included. Thanks to the popularity of the show, the Iron Chef often brings in heavy hitters like Andrés.

Then again, sometimes they don’t. 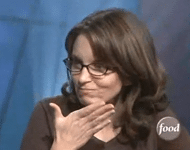 In the past, the show has brought in various celebrities from pop singer Jewel to comedic actress Tina Fey. In each episode, they are asked to judge the food from the competing chefs … generally after taking a bite or two. It is one thing to get judged by an award winning fellow chef – but quite another to take criticism from someone who has never prepared a meal in a restaurant.

Imagine the frustration of having your life’s passion judged by “clueless celebrities.”

The truth is, this happens all the time. Our customers are never as refined as we would like them to be. They don’t read the directions. They rarely see or appreciate everything you try to anticipate and create for them. And sometimes they just blindly declare that they either like something or they don’t.

So how do you survive uninformed criticism?

Thankfully, the Iron Chef might have the answer to that as well. After each battle and round of feedback, the chefs thank the judges, and move on to the next round. At the end they either win or they lose. No matter what happens, though, the chefs know that they can return to their own restaurants, continue to cook and it won’t be long before they make someone else happy with their food.

The best thing about being a chef is that there’s always someone out there hungry for whatever you choose to cook next.