Political advertising ought to be stopped. It's the only really dishonest kind of advertising that's left.
- David Ogilvy 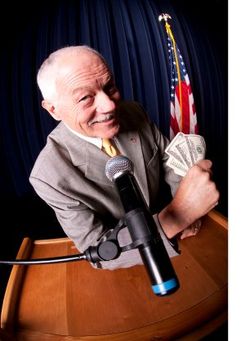 If marketing were a person, political advertising would be its cancer. I work in marketing and have never worked on a political campaign, so despite my choice to live in Washington DC – my perspective is not one of a political insider. Instead, I am a marketer and voting American who sees with increasing frequency TV spots, radio ads, print advertising and online banners designed to instill fear, spread lies and intentionally confuse people. To some degree, the "Rally to Restore Sanity" this past weekend in DC was inspired by this advertising.

Yet this is not a partisan problem limited to one side or the other. The central problem with political advertising in the US is that it is has become more important to fabricate a list of negative things that your opponent stands for instead of having to stand for something yourself. Instead of electing people based on their ideas and qualifications, this advertising tries to motivate us to vote for someone based on a fear that the other guy (or girl) might win.

Aside from the politics of it, though, as marketers we need to care about this because it is destroying the credibility of our profession. When people see advertising as manipulating them with half-truths, this perception extends far beyond politics. The next time you are trying to promote a product or service, you have to do it to the same cynical public that has become wary of marketing messages due in large part to unethical and misleading forms of marketing such as political advertising.

Though this may seem like a big problem, I believe the solution is actually quite simple. Political advertising should have to follow the same parameters as any other kind of marketing. Coke cannot create and run a marketing campaign solely talking about the 12 ways that Pepsi could kill you, steal your school's funding and pull the plug on your sick grandma. Why is this acceptable in political advertising?

Right now, there are vague rules around "misrepresentation" – but most competent communicators can find a source for just about any statement. The rule needs to be stronger. After the election tomorrow, we need new legislation that makes it illegal for political ads to talk about opponents instead of themselves. These so-called "attack ads" are at the heart of the problem.

If you want to run a marketing message on behalf of a candidate for public office, it should be about what he or she stands for and what they will do if elected. When more of this marketing focuses on positive messages instead of negative, then we all win. As marketers and business people with products and services to promote, we all need to stand up and lead this call – because it is in our best interests as well. Not just as professionals, but as citizens.