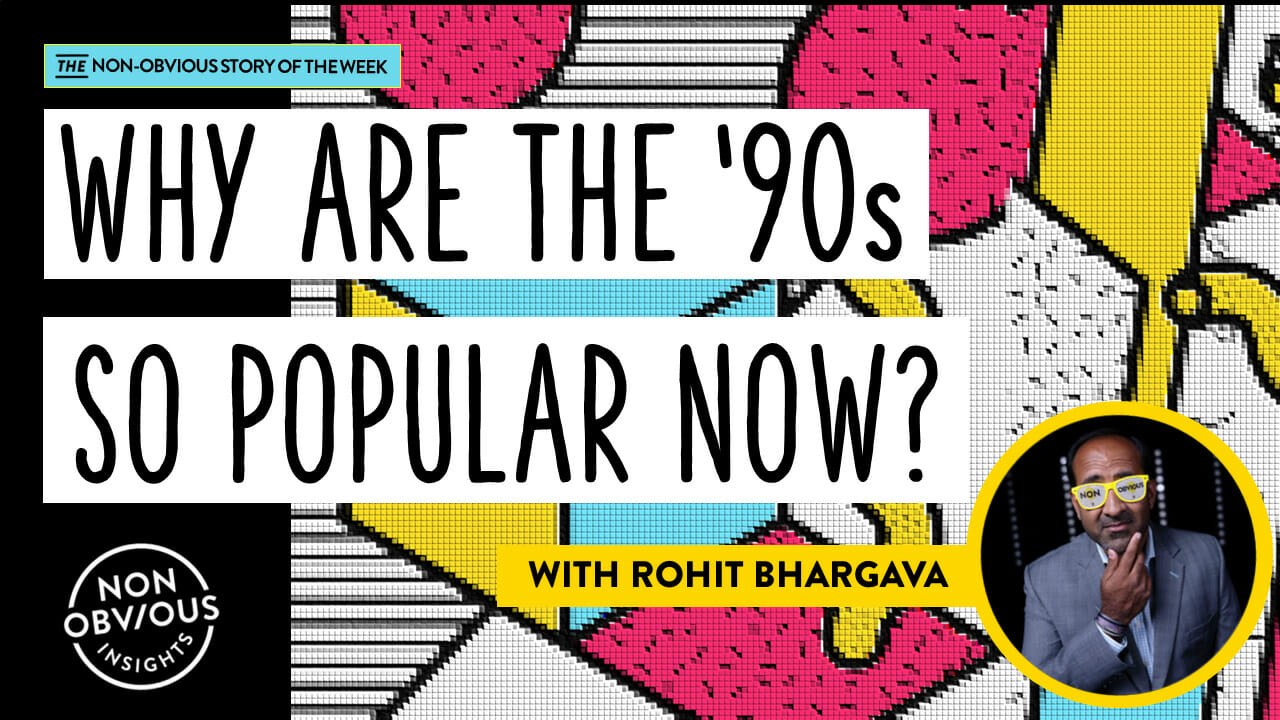 Why are the ’90s so popular? According to self-described “white boy rapper” Vanilla Ice, “the ’90s was the last of the great decades, because after that, computers killed the world.” Now the 54-year old rapper is headlining the “I Love the ’90s” national concert tour along with “other forgotten acts of that decade including Color Me Badd, Coolio and Tone Loc.” He has a new energy drink flavor named after himself, and he’s even opening a pop culture museum in Florida.

“The ’90s are infectious. The decade was so colorful with neon colors. Nothing was that serious. It was, ‘Let’s enjoy life, let’s make friends.’ We had Beavis and Butt-Head, we had block parties, we had fanny packs. If you walk through the mall today, everyone is wearing items from the ’90s. Sneakers are going crazy. The checkerboard Vans, that is from the ’90s. It’s all back.”

I wrote about this resurgence when I identified “Revivalism” as one of my Non-Obvious Megatrends back in 2020, and in the two years since this movement has continued to accelerate. Nokia brought back their iconic phone from the ’90s. There is a 90s resurgence in Hollywood. 90s fashion styles are popular again.

As we see more examples of technology reshaping our world in disturbingly dystopian ways where even your vacuum cleaner can spy on you, this cultural desire to recall a simpler time will only get more pronounced.