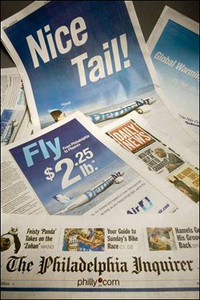 A few weeks ago the Philadelphia Inquirer and a few other local papers in the Philly area launched a very interesting mock advertising campaign for a new airline called "Derrie-Air" which was proposing the revolutionary new business model of charging air passengers based on the combined weight of their luggage and themselves. The site describes what makes Derrie-Air unique: "the magic comes from our one of a kind "Sliding Scale" the more you weigh, the more you’ll pay."

We’ve all been in situations where we could imagine the logic of having a policy like that, but it turns out the campaign was a joke that ordinary consumers could pass along to others, and one from which the newspaper could collect valuable metrics from. The problem with the campaign is that it takes exactly the kind of one sided view the doesn’t work anymore. For example, the newspaper ad drove a group of people online from the Philly area, and those people likely emailed the site to friends or blogged about it. Other sites picked up on the campaign and decided to also feature it. I learned about from an email – and found coverage on several advertising and marketing blogs already about it.  If you are reading this now and hadn’t heard of the campaign, you just learned about it from a blog. 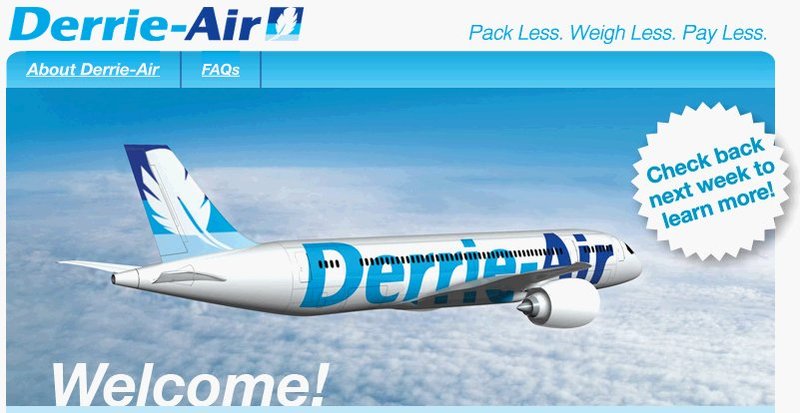 I am sure the site got great traffic and the Philadelphia Inquirer and the other papers behind it reported these fantastic metrics to advertisers in order to get more of them to buy into the paper. I think real lesson here, however, is that no matter which channel you choose to promote in, they will all be interconnected. For this campaign, newspaper provided the initial surge in traffic, however anything after that would have to be attributed to word of mouth, either online or offline. The irony is that inadvertently, the campaign probably proved how interconnected media really is … and how clueless some advertisers really are if they believe a pitch that tells them all the visits to this mock site can just be attributed to a few newspaper ads.