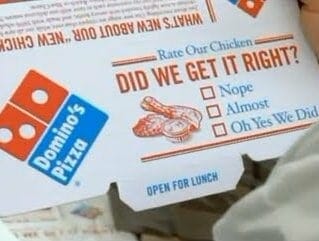 There is nothing more powerful than a genuine heartfelt apology. At least, that’s what JCPenney is hoping based on a new ad the brand just released today featuring an apology to customers for recent changes and a promise to start listening more:

The ad is a marked departure from the Apple-style “we’ll tell you what you really want” strategy employed by former CEO (and longtime Apple exec) Ron Johnson (here’s my take on why that didn’t work). Will this rapid apology and departure from the past year’s rebranding of “JCP” work?

If recent history is any guide, it certainly can. People love a good fallen hero story. This arc is at the center of hundreds of dramatic films every year. The “hero in trouble” scene where someone walks through the rain completely alone before the problem is resolved is the ultimate cinematic cliche. But in business, redemption stories do work as well.

Culpa Marketing involves strategically using mistakes as an opportunity to rebuild trust by using a more human, direct and authentic style of communication to deliver a heartfelt apology and promise to make changes to solve the problem.

Consider these recent examples of Culpa Marketing at work:

This is the new model of marketing and crisis response – where brands admit their own faults proactively and publicly. They run million dollar advertising campaigns proclaiming their apologies far and wide. And once that’s done, the foundation is laid. Opinions are ready to shift and large groups of consumers (apart from the haters) are ready to reconsider their brand opinions. They are ready to trust again … which is exactly where JCPenney hopes they will be.

Now all they need to do is actually change their experience into one that consumers will love again. You know … the “easy” part.

7 thoughts on “Culpa Marketing: How To Win By Publicizing Screw Ups”