Connecting with an influential group of individuals is a necessary component of every viral marketing campaign.  In any social network, there are the groups of individuals Malcolm Gladwell calls the "Mavens" – who will evangalize a point of view to all in the network because they believe in it or because they think it is interesting.  Comic-Con is an event that illustrates this phenomenon … one that movie producers believe in so strongly that they market their films knowing the buzz at an event like this can either make or break a film’s box office success.

But knowing who the influencers are (and where they are) is only a small part of the battle – for often they are independently-minded and less likely to be influenced by typical mainstream marketing or advertising messages. The question this leads to is where do blogs fit in when it comes to delivering marketing or advertising messages?  Can they be used to build a buzz about an online campaign in a more credible way than other marketing mediums?  In an effort to answer this question, this post is an experiment.  And yes, it’s for a client campaign that we are running right now.  I want to understand who the "Mavens" (the most respected members of the group) are in two large online communities: 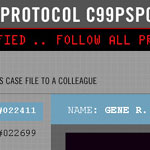 Though it may seem like an odd combination, it is for a PSA campaign we recently completed for the Alliance to Save Energy, a group working to promote energy efficiency worldwide.  We want to build the buzz and see how far we can get this message and our viral site www.projectsuperpowers.com to travel in the blogosphere and beyond.  To accomplish this, I am going to be reaching out directly to some A-list individuals in these communities … and inviting them to become influencers for the campaign, and to get others to write about and link to the campaign.  In addition, there will be many others that I hope will offer their support by visiting this post, writing a quick note about the campaign on their blog and providing a trackback to add their name to the list.

After two and a half weeks, on August 15th, I will publish another post about the results of the experiment and whether we were able to build a groundswell – or at least what we learned about connecting with influencers in the blogosphere through the process.  Stay tuned …