If there is one sign of hope for the marketing industry as a whole, it is that no one really wants boring, one-way, shout-oriented interruptive marketing to survive. Social media is a natural ally in this fight, given its focus on fostering conversations and creating content, but what about the role of marketing as entertainment? It isn't necessarily the first word anyone might choose to describe effective marketing, but this week at the National Association of Broadcasters (NAB) Show in Las Vegas it was the featured topic in a panel I moderated at an event focused on the intersection of broadcast, marketing, social media and entertainment.

What Is Branded Entertainment?

The focus on the panel was on branded entertainment through online video – though on several occasions it was raised that this content can increasingly find its way onto other platforms as well such as broadcast TV or mobile. There were three core models of branded entertainment being used by brands today that panelists shared:

What Will The Future Of Branded Entertainment Look Like? 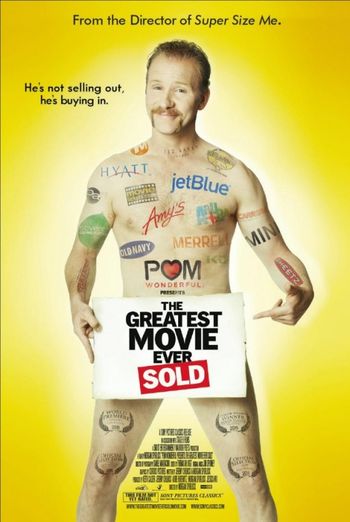 Ultimately, the premise behind branded entertainment is that great content will provide an entertainment value and there is a role of marketing to play in trying to create or support more of that type of content. The ongoing challenge will be one of setting the boundaries between what is reasonable underwriting or brand sponsorship of a message, and what is over the top. This is the real question at the heart of the growth of branded entertainment – and one that several filmmakers have recently tackled – including The Joneses (a film about a fictional family planted in the surburbs to create demand for new products by flaunting them to neighbors) and Morgan Spurlock's new documentary – "The Greatest Movie Ever Sold" or as it is "officially" meant to be called "POM Wonderful Presents The Greatest Movie Ever Sold."

Despite these cautionary notes, however, the powerful premise of branded entertainment is that brands need to get better at telling a story instead of merely hawking product benefits or service descriptions. People engage with entertainment, and they tend to share it if they like it. In a world where consumers have more ways to ignore and filter out brand messages than ever before, engagement is the new and necessary metric because it means more than empty measures of reach or frequency.

Branded entertainment today is still a strategy for marketers and organizations who are ahead of the curve. It won't be long, however, before the followers and later adopters in the mainstream start to join the party.  After all, no one wants to miss out on a good show.

9 thoughts on “A Promising Future For Branded Entertainment”