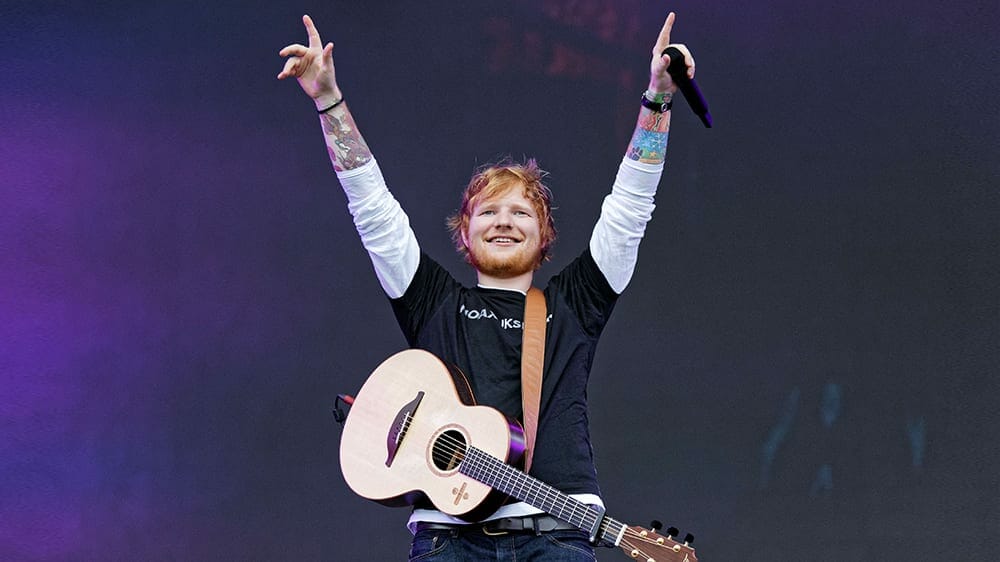 There is a moment during a show at the Austin City Limits where Ed Sheeran finally starts to perform his biggest hit at the time: Shape of You. About 10 seconds into the performance, he breaks a guitar string. Watching what he does next is a master class in stage presence, preparation and perhaps the perfect example of why he is such an engaging stage performer:

For anyone who has watched one of my keynote presentations, you already know I’m a big fan of Ed Sheeran. Usually when I share a story of a video of his performance, I talk about what I learned from it by watching a member of the audience just enjoy the show without distraction. I don’t, however, usually talk about just how good he is at marketing.

Right now, Ed Sheeran is everywhere. He is featured in the new film Yesterday. He’s launched everything from a new line of signature guitars to a Spanish restaurant in London. And today his new album featuring collaborations with a dozen top artists is getting released. It is likely to be one of the biggest hits of the year.

Along the way, he and his team are using some savvy marketing techniques to make the launch as big as possible. Here’s a deeper look at a few of them along with some marketing lessons they offer for the rest of us:

Today in 32 cities around the world there will be a popup store for fans to go and buy all kinds of merchandise. He announced it to most fans just a few days ago, in some locations the store will only be open for a short window of time … 3:06pm to 9:06pm in New York, for example. All of which condenses fan excitement into a short window and is likely to create a huge viral sensation on social media and through word of mouth.

2. Find partners you believe in.

Ed Sheeran loves ketchup. In fact, he’s so much of a fan that he has a tattoo of the Heinz ketchup logo on his arm. So now Heinz is launching a limited edition version of their signature product named after him: “Edchup.” It’s a fun campaign, and works far better than many similar influencer marketing campaigns because it’s a sadly rare situation where the influencer in question loved the product long before he was paid to promote it.

Emails from Ed are sparse, clear and written at almost an elementary school reading level. But they work because they are to the point and typically spotlight music and videos that his fans want to watch or listen to without getting in the way. It’s a perfect example of understanding what people really want and making sure you’re not overthinking your communications.

With this launch, as with his previous releases – every song is timed to go out in a drip campaign that allows people to watch and listen to one song, fall in love with it, and then get another one. Today for launch, his collaboration with Travis Scott and the official video is now live. Over the next several weeks, he will likely continue to release new videos for each song – creating another wave of interest and engagement from his fans.

5. Encourage your fans to obsess.

Every new song is also released with a lyric video, which helps fans learn the words to songs more quickly and encourages a short term obsession with the song until they learn it. The lyric video for his collaboration with Justin Bieber for the song I Don’t Care has been watched more than 100 million times – ensuring fans will be humming the song to themselves with perfect knowledge of all the lyrics.

Some of the most engaging videos Ed Sheeran uses are unscripted backstage collaborations with other artists in casual settings. His performance of 2002 with Anne-Marie and Your Song with Rita Ora are both posted on their YouTube pages respectively, which allows him to not only create something that his fans will find, but also inspire fans of his collaborators to get to know and fall in love with him as an artist as well.