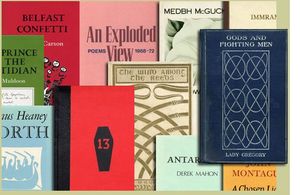 I don't actually have a degree in Irish Poetry. I share this because recently at a few events I may have mistakenly mentioned that I did. See, I studied English literature at Emory University in the late 90s. While there, I took exactly two elective classes specifically on Irish literature and as most people who study that field already know – Emory has one of the best collections of Irish literature and poetry in the world. So I did focus on Irish Poetry, but the degree that I earned in 1997 was a BA in English Literature.

Why am I telling you all this?  Well, you can hardly blame me for getting more specific this week. As anyone watching the story of Yahoo CEO Scott Thompson stepping down because of accusations that he falsified his educational credentials knows – small exaggerations can become big controversies. The fact that it has become enough to cause the downfall of a newly minted CEO of a big brand like Yahoo says a lot not just about our watchdog media culture, but also about the most important weapon that your enemies have today to take you down … the Internet. 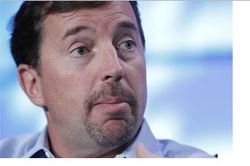 The fact is, today most people are predisposed NOT to believe anything that a large company or one of its officers says – this is the modern believability crisis where people just don't trust in the institutions around them. In this low trust world, if the media and blogs report that a CEO claimed to have earned a degree he didn't, people believe it without question. Why shouldn't they?  After all, they don't know him personally. But what if they did?

What if you did? Would Thompson's resume gaffe still have been as big a deal?  I started this post by confessing the truth about my education to you. I didn't mean to lie to anyone. When I tell people I studied Irish Poetry, it is the truth. But I didn't earn a piece of paper that says that, so technically I tok . While you are considering whether or not you feel misled by my exaggerated claim – consider this question as well: what if Thomson had his own platform such as a blog to clear the air and tell his story in his own voice?

The fact is, as we live in a world where people believe fewer and fewer messages associated with corporations, the only real solution is to find a more human way to make connections. We believe the people that we know and like – whether they happen to be CEOs of big brands or marketing bloggers. It may also be the best recent argument for every CEO to start their own blog – or at least their own personal platform to talk directly to the people they manage and those who are influenced by them.

4 thoughts on “Yahoo's CEO And The Modern Believability Crisis”