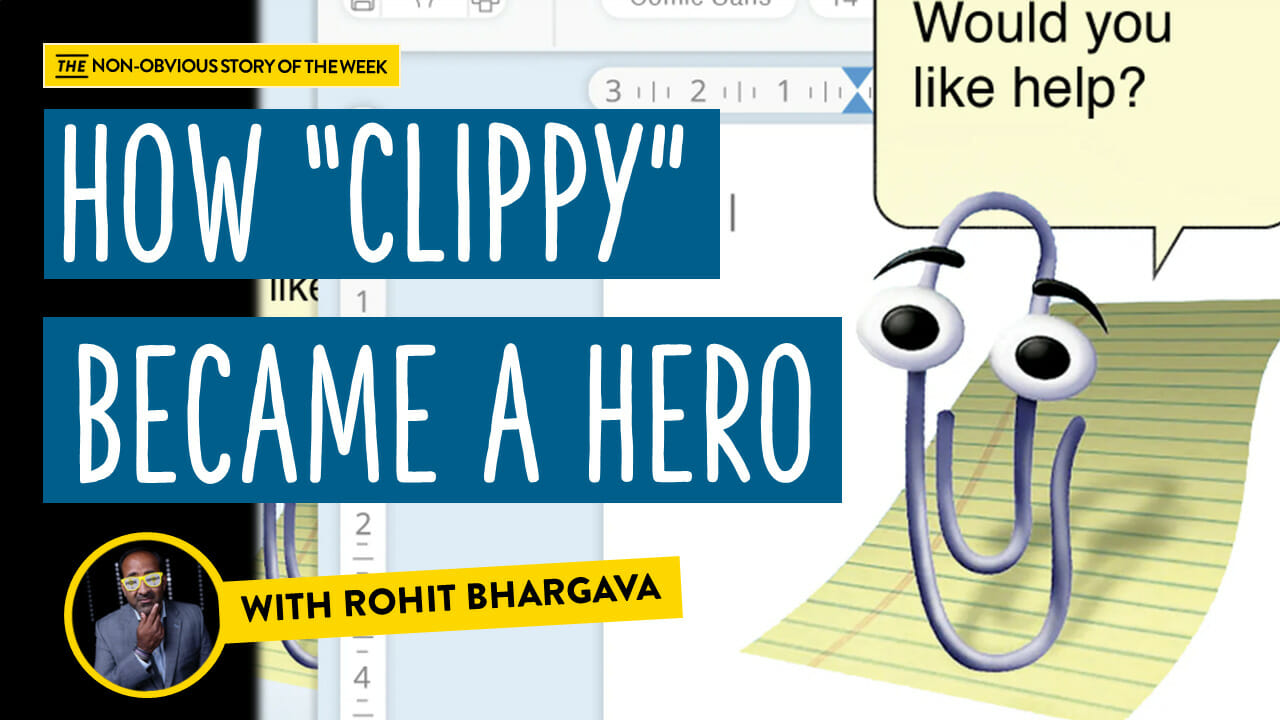 “Clippy’s interruptions confirmed our early suspicions about the people who made and managed computers—socially awkward dudes who thought they knew better than us.”

The animated assistant from Microsoft’s early software was universally ridiculed in the 90s, but is making a comeback—much to the surprise of the animator who originally designed it. Kevan Atteberry was the designer who is remembered/celebrated as the creator of Clippy, a well-intended help animation that quickly became annoying as users learned to use Microsoft Word much faster than anticipated. Clippy was eventually retired to a celebrated death.

As this SeattleMet feature on the history of Clippy explains, “what Clippy was missing—the interpersonal skills to adapt—is also what makes him funny today. It reminds us of a time when assistants couldn’t target us with ads or mimic a dead loved one’s voice.” In other words, Clippy’s newfound popularity seems to reflect a hunger for the good old times when assistants might be annoying, but were also easily switched off and lived without. Unlike the ubiquitous voice assistants of today.