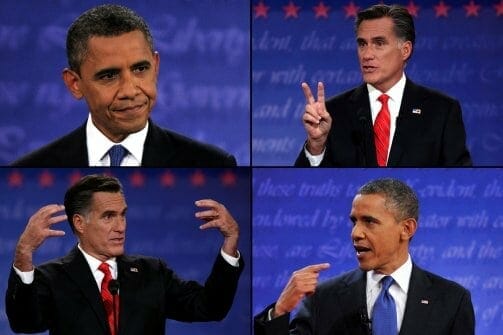 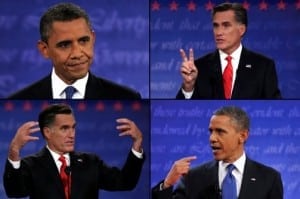 Dayton, Ohio is a battleground city in a battleground state, just like my home state of Virginia. I am in Ohio this morning to speak at a business conference, and all around the signs of this electoral battle are front and center here. Billboards promote politicians and key issues. Television ads aim to influence voters on everything from gun rights to tax policy. And everything is presented in partisan terms to make the choices seem as black and white as possible (no pun intended). But it is no surprise that partisanship rules in all the advertising. A recent and well known Pew research poll noted that “American values and basic beliefs are more polarized along partisan lines than at any point in the past 25 years.”

Two sad signs of proof for this are terms that have been increasingly used over the past year in the political media:

Thanks to this partisanship the stakes seem higher than ever this year, causing some voters to go to extraordinary lengths to make sure they will have their say in the election. For many voters, the choice for President will be one of the most emotional decisions they make all year. And most already know who they are going to vote for. So the easy assumption to make is that millions of dollars being spent on political advertising must be targeted at that lucrative audience that we lump into a group called the “undecided voters.” Actually, there are usually two strategic reasons for political advertising:

The problem with all the advertising and spin room commentary is this: people know they are being manipulated. And this in effect is the main reason that the debates matter. People want to see the politicians without teleprompters or spin and the debates are the closest we can get to the truth.

But the “truth” rarely comes from the substance of the debate. What candidates say is less important than how they say it.  And grandiose position statements rarely decide the winner of a debate or an election – in part because the vast majority of Americans have already decided who they wanted to win anyway. For the others, body language and the softer elements of their performance may be more important.

At the end of the day, the debates offer a rare chance to see candidates unfiltered and without the catchy headlines on banners. They are just men and women responding to questions in real time while we watch in a sort of modern day gladiator ring. And we watch them for the same reason. It not the substance of their response that we really want to see. And it isn’t their take on the issues either. All of that will be spun by the pundits afterwards when they tell us what their candidate REALLY meant.

When today’s politicians enter the debate ring, it is their chance to make us like them (and remember them, for the races other the Presidential which don’t get as much attention). In political terms, the debates are politicians chance to personally connect with each of us without having to show up in our town and kiss our babies.  And to earn the vote of many Americans, that connection is the only thing that really matters.

For more, read my other debate related post –
3 Reasons Why Likeability Will Determine The Next US President