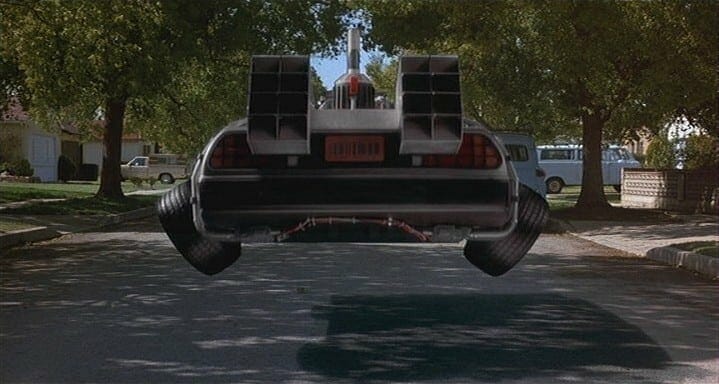 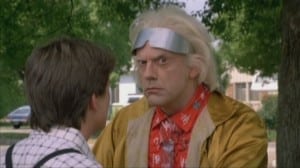 Who doesn’t remember that bold prediction and iconic line from Doc Brown in the 80s classic film trilogy Back To The Future? Today approximately half of us are disappointed that we don’t yet have flying cars, while the other half is thrilled that someone actually decided to build a hover board for real.

Today’s date is October 21, 2015 – the original date of the “future” from the movies. It’s all anyone seems to be able to talk about today, for good reason. The movie introduced plenty of groundbreaking ideas when it first came out – including 3D movies, video chatting, self tying shoes and of course the infamous hover board.

Given the popularity of the film, it is probably not surprising that marketers are clamoring to be a part of the day today with a range of quirky celebratory campaigns. Toyota, Pepsi, Universal Studios and Ford are all brands that have launched some kind of campaign to commemorate the 21st. Outside of all the fictional celebrations, some media properties are also reporting just how much of the technology that was featured in the film may actually be coming tantalizingly close to becoming reality …

Yet whether those predictions come true or not isn’t the most intriguing aspect of the Back To The Future craze. To me the bigger question is why exactly we seem to love it quite so much. Good stories always illicit emotions, but the best do it through memorable details. When people hear a story, they crave this detail. Any literature defining or analyzing storytelling in its many forms from film to poetry will all share the same insight … the details make an emotional difference. 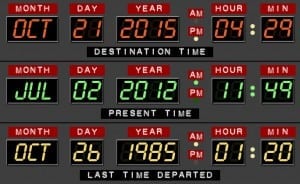 One lasting detail of Back To The Future in particular is precisely the reason we are celebrating it now … the date. By sharing a very specific moment in time as a core element of the story, it achieved a longevity that gave people a reason to come back and celebrate it. The date inspires our sense of nostalgia – as does the film itself with its moves forward and backward through time.

Nostalgia comes from detail, and it can be a powerful thing.

Earlier this year, an insightful marketing article in Marketing Magazine featured a new UK based restaurant called the “Cereal Killer Cafe.” On the menu at the restaurant were all the breakfast cereals with milk that you once had as a kid. They were bringing them out of the home for the first time and letting people enjoy them out and on the go.  The restaurant was a huge hit. 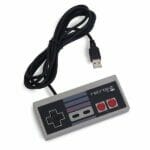 Video games also promise retro game access and reuse old controllers to work on the new systems with conversions. Old games of all sorts are enjoying a resurgence in gamers choosing to revisit and play them. Even Facebook is using nostalgia by introducing memories into users newsfeeds to remind them of past activities and moments shared years ago. 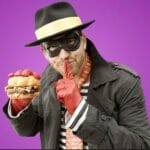 Unfortunately all this focus on the past can go creepily wrong too, as we saw earlier this year with a range of fast food brands bringing back their old mascots with varying levels of success. In most cases, those new versions were reintroduced with changes that disconnected them from the originals – like the “Hipster Hamburgular.” What those brand missteps proved was that rehashing the past alone is not enough to invoke those positive feelings of nostalgia.

Instead, nostalgia works best where there is a truthfulness relative to the original story. The true power of nostalgia is that it lets us remember the emotions of something from the past without trying to reinvent or adapt it for the reality of the present. Nostalgia lets us smile at the often rumored attempts to create self tying laces while enjoying a quiet satisfaction in the reality that where we’re going, we do indeed still need roads.

At least for now.