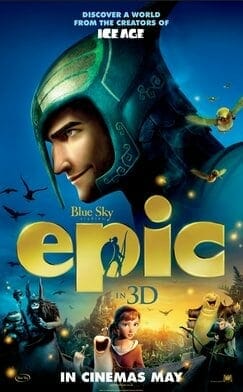 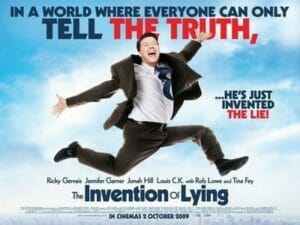 It’s hard to imagine a movie trailer without “The Voice.” You can probably hear it in your head right now. Usually “The Voice” starts with the same three words: “in a world …” There are few marketing campaigns as well scripted as movie marketing. Though the timing and strategy may vary slightly, the trailer is the most typical marketing method used to showcase the best parts of a movie to try and convince you to come to see it. The other common tactic is to grab random quotes from reviewers and publications promising “a gripping adventure” or a “masterfully told story.” The strategy comes down to two predictable priorities: 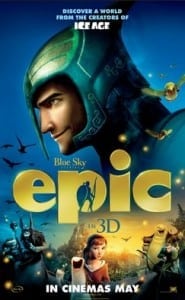 1. Use a trailer to show the best scenes of the film.
2. Use random quotes for endorsements and social proof.

To see any film break from that traditional model seems like news in itself. The marketing for the upcoming animated film Epic is so dramatically differently, that it may just be the most authentic movie marketing campaign ever. What’s the big difference? The strategic choice to ask the actors to share their genuine excitement for the film by introducing the animated characters that they lend their voices to. The film brings together singers and actors to create an ensemble cast of superstars that each can pull their own fan bases toward the film. Here are a few of the actors who have recorded trailer videos talking about the characters they play:

And here is the full traditional movie trailer:

As we head towards another big summer movie season kicking off with the Iron Man 3 premiere tonight, the Hollywood marketing machine will be following the script week after week to inspire us to visit the theater often. One of the facts I shared with an audience several months ago during a keynote to the Americans for the Arts Conference was that personal connections make a difference when it comes to the passion people feel towards the arts. Do I feel connected to Beyonce? Probably only as a fan. But hearing her explain why she is excited about Epic takes me beyond the story. It makes it slightly more authentic than “The Voice.” And yes, I’m now just a little more inclined to go and see the movie in theaters as a result.

3 thoughts on “The Most Authentic Movie Marketing Campaign Ever?”