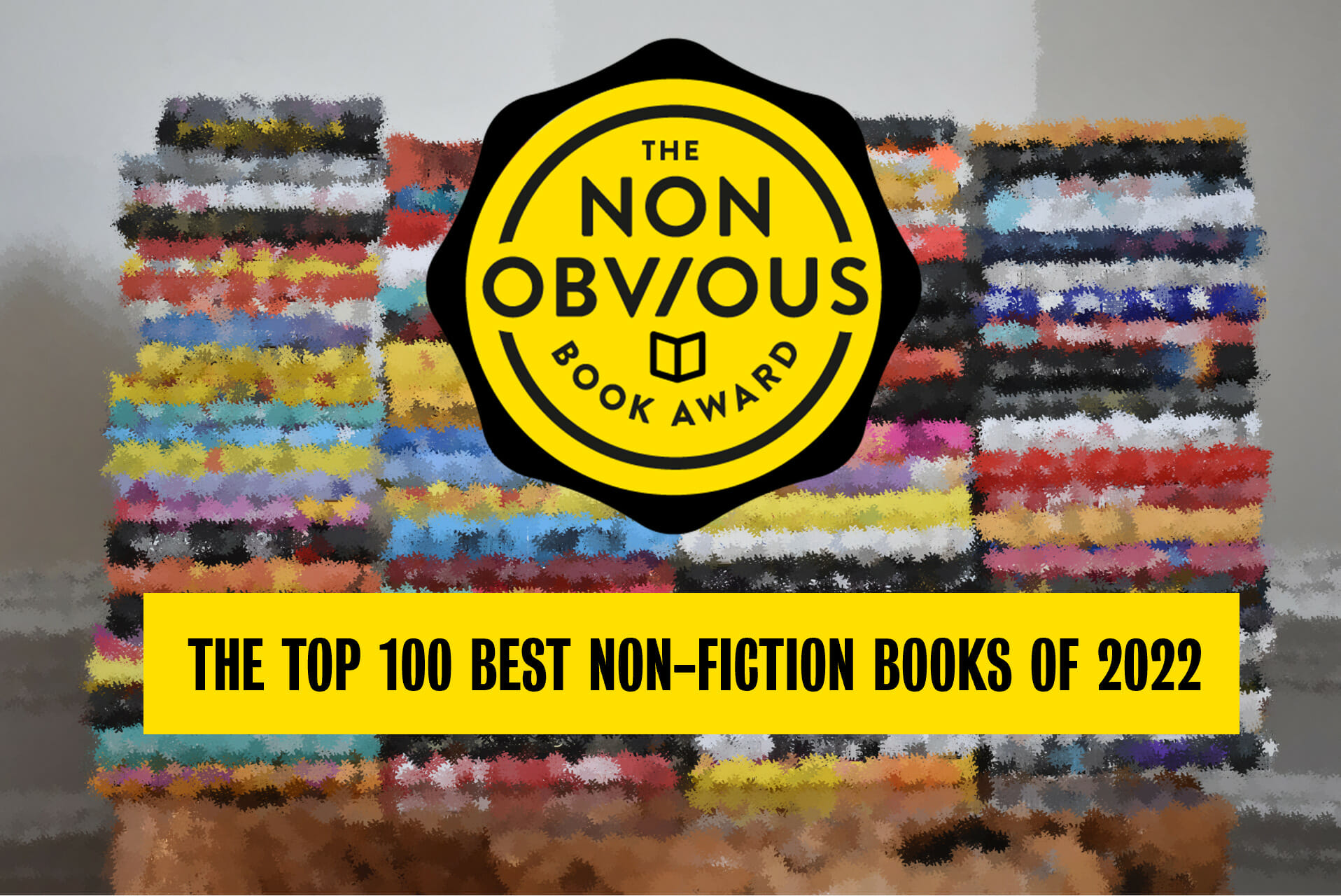 It’s mid-November and this time of year means one thing for our team over here at Non-Obvious Company … it’s Book Awards time! This year we considered a record number of titles for our awards (more than 1000 books from publishers of all sizes) and narrowed the list to our selections for the top 100 non-fiction books of the year which made the Non-Obvious Book Awards Longlist. Our choices are a diverse set of titles that talk about everything from zoning cities to speaking with whales.

The honorees feature the very best ideas and writing of the year. On December 1st at 11am we will announce our 10 Shortlist selections and top 5 books of the year in a livestream broadcast of my Non-Obvious Book Review Show.

For now, congratulations to all the winners and a big thank you to all the authors and publishers who submitted books – the choices for which ones to include were harder than ever this year!

How Are Books Chosen?

We consider every aspect of a book, from its writing and quality of the ideas to the originality of the work. We are, of course, looking for “Non-Obvious” ideas above all. What this means to us is a concept or way of thinking that we haven’t seen before. Something uniquely interesting and useful. An idea that makes us think. Read more about how our awards work and our selection process >>

In the coming weeks, I will be sharing reviews of the selected titles and on December 1st at 11am EST we will live stream an episode of my Non-Obvious Book Review Show where I announce the 10 books that made the Shortlist and our 5 top winners. During the show, I will also share my picks for the books with the best titles and covers as well as share some insights on the five biggest book trends of the year. If you love books, you won’t want to miss it!

(Listed in alphabetical order by book title – all books available for purchase in our official Bookshop.org store and a portion of process go to support independent bookstores).

About the Non-Obvious Book Awards

We believe in the power of books.

Unlike other industry awards programs, books are not entered into predefined categories and authors or publishers are not charged a fee to enter a book. Rather than creating a profit-making venture, we focus on selecting the very best books of the year and sharing them with our global audience.

Every year we start by selecting a Longlist of our favorite books of the year – selected from hundreds of books submitted every year. This is followed by our Shortlist of the 15 top books of the year, and then we select winners based on five themes – importance, originality, readability, usefulness, and shareability.

See Past Winners of the Non-Obvious Book Awards >>