As the US continues to struggle with how the healthcare system needs to be reformed, it was interesting to spend a week focused on Sweden in my Global Communications class this week as it presents an interesting opposite. The country has a high degree of nationalized services, which citizens of Sweden pay handsomely for with a tax rate that hovers between 50% and 70% – but for this amount everything from healthcare to long maternity leaves are covered. Coupled with a relatively isolated location in relation to Europe, beautiful geography and a national obsession with the environment, it is no surprise that the country routinely ranks at the top of the list for global quality of life surveys. 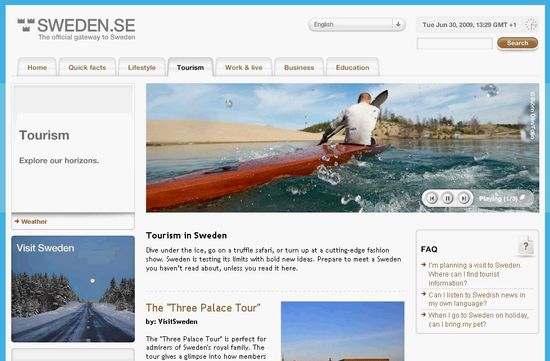 Online, the country has made big news recently for being the unauthorized home of illegal file downloads through a site called Pirate Bay. The site has been in legal trouble of late, being found guilty in Swedish courts of copyright infringement. The debate continues in the country, regardless, where there is even a political party dedicated to furthering the ideology of the site in terms of open copyright free access to content.

From our class blog this week and discussions in class, the team shared several more interesting learnings and topics about Sweden. Here are some highlights:

2 thoughts on “8 Interesting Facts About Sweden And Social Media”