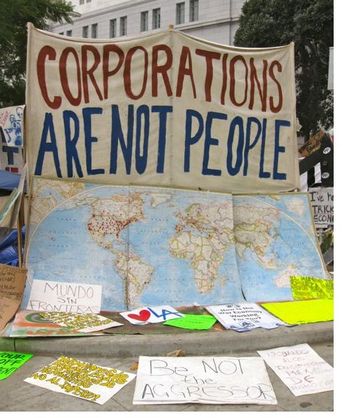 Last year when I spoke at a TEDx conference on reinventing marketing, I asked what I thought at the time was a relatively innocent question: "how many people in the audience feel that marketing is adding something positive to the world around them?" Of the few hands that went up, the majority came from people in marketing … underscoring a gulf that has exponentially multipled in the 16 months since that talk. Today people around the world are launching full occupying demonstrations against big corporate brands and new research points to the US as the only country to see trust in all institutions decline from 2010 to 2011.  The bottom line is we are fully into a modern believability crisis.

And it is not just a crisis for marketing people either. When we live in a world where people become skeptical of everything around them and wary of any type of manipulation, we all lose. Society itself becomes a tougher place to interact with others and survive in. People only consume news they agree with, compromise is seen as surrender and the bickering of politicians becomes just a precursor to a similar toxic dissent which may start to invade the rest of our lives and interactions.

If this seems like a doomsday scenario, the good news is that this week signs of hope emerged from some very unexpected places:

Though certainly colored by politics, Bill Clinton's new book Back To Work was profiled in yesterday's New York Times. In the review, reporter Michiko Kakutani says that Clinton "serves up a succinct common-sense argument for why America needs a strong national government, why both spending cuts and increased tax revenues are necessary for addressing the debt problem."

Also this week, communications agency Havas Media released a global study which showed that "only 20% of brands have a notable positive impact on our sense of wellbeing and quality of life." In the research which polled 50,000 people in 14 countries, they found that "most people would not care if 70% of brands ceased to exist (and in the US alone this number goes up to 82%)."

In a related point, they found that "nearly 85% of consumers worldwide expect companies to become actively involved in solving these issues (an increase of 15% from 2010)." The underlying message of the research is that companies must find a way to stand for more than just the products they make.  The impact they have on the world around them is becoming increasingly important to increasing customer loyalty.

Today I am speaking and participating in BrandsConf, a conference all about how brands can rediscover their humanity. More than two dozen speakers will share their thoughts in short bursts of 5 or 10 minutes each on how to add more humanity to the way that large organizations communicate. It could not have come at a better time. This idea of more human brands is closely related to why companies matter more to people.  Yes, a big part of it is how you choose to do business in the world and whether it is sustainable and responsible.  The other important piece, however, is the people who represent your brand and the human connection they can offer.

The real battle today isn't one of perception … but one of meaning. In a sense, this is the big problem I am writing a book about how to solve (Likeonomics) – and one that the many speakers today will likely cover. Ultimately solving it will require a new level of organizational vulnerability and commitment for them to be more human and more honest. Honesty creates trust, and trust leads to us changing the culture of business and our culture itself. 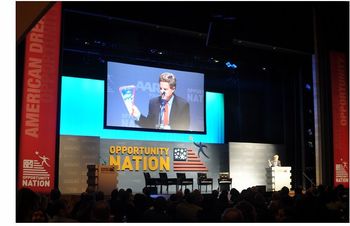 I saw this first hand last week at the Opportunity Nation Summit as well, where business, religious, political and media leaders came together to talk about the importance for all of us to create a nation of opportunity for everyone. For too long, as the summit shared, the zip code you are born in determines our future. That shouldn't be the case.  Business has an important role to play in this revolution … and it isn't to sit back and let the attacks fly.

In a skeptical world where honesty has become the most unexpected thing of all … making your brand meaningful to your consumer's life comes first from finding a way to tell the truth when you answer the question of whether you are offering anything positive to the world. Being meaningful is the new secret to creating long term brand value.

1 thought on “Survive The Modern Believability Crisis: Be Meaningful”