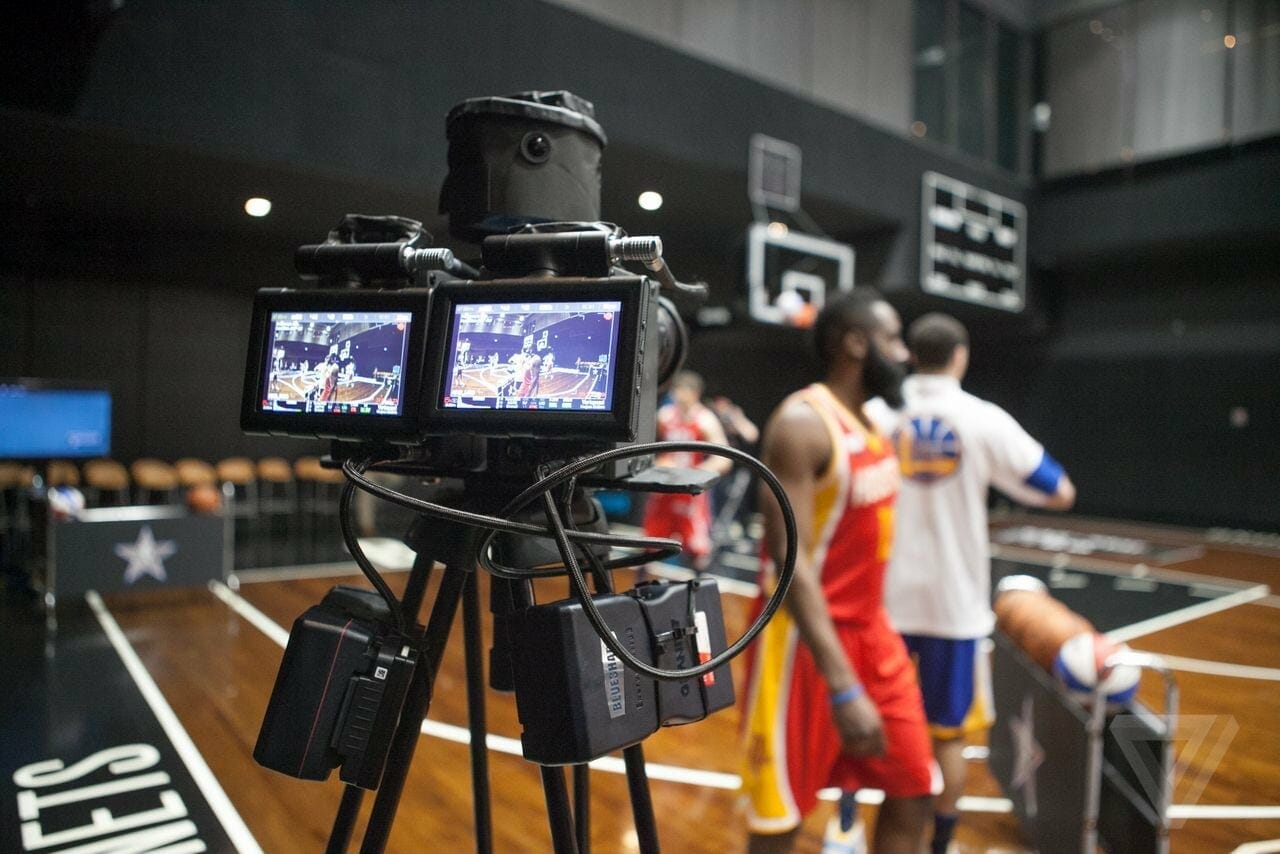 I am deep in the midst of writing the next edition of Non-Obvious and identifying new trends for 2017. The research has been leading me down some interesting paths as I curate this weekly email for you. You’ll see some of those emerge this week, in stories that take you inside the strange Korean social eating trend of “Mokbang” and a chatbot that can replace your nerdy but media savvy friend to tell you what newsactually matters.

There are also sales tips from a Faberge exec on how to entice the super wealthy, and a two minute sales tutorial on how to run a lemonade stand that might just teach you everything ever need to know about business. Enjoy this week’s non-obvious stories!

A Guide On Selling To Extremely Wealthy Customers 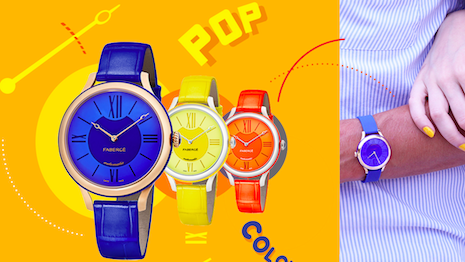 You may never need to sell a $280,000 watch – but the sales techniques shared in this great interview with Jon OmerVice President of luxury jewelry and watchmaker Fabergé will be useful when trying to influence just about anyone. One piece of advice from the interview, for example, is Omer’s realization about the importance of credibility and being referred versus cold calling. “Credibility comes not only from jobs I’ve had, but also from the people introducing me.” The interview is filled with useful tips like that, and worth a read for his insights into luxury consumers – whether you happen to sell to them or not.

Everything You Need To Know About Business (Courtesy of Ice-T) 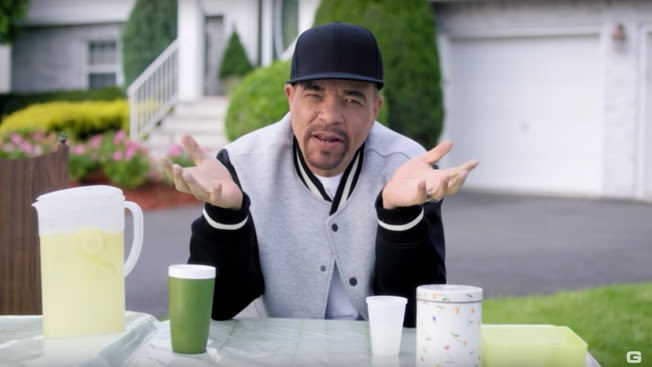 If you want to sell more lemonade, “use words like artisanal.”  I loved everything about this TV spot from Geico, including the making of video and the extended cut of actor/rapper Ice-T sharing his unique take on how to be successful in business (and in selling lemonade).  The effort shows what simple power can come from casting a talented actor, creating more assets beyond a 30 second spot and telling us the story behind the making of an entertaining ad. This was a winner from Geico for creativity, acting, casting and for storytelling.

Read the full story on AdWeek >> 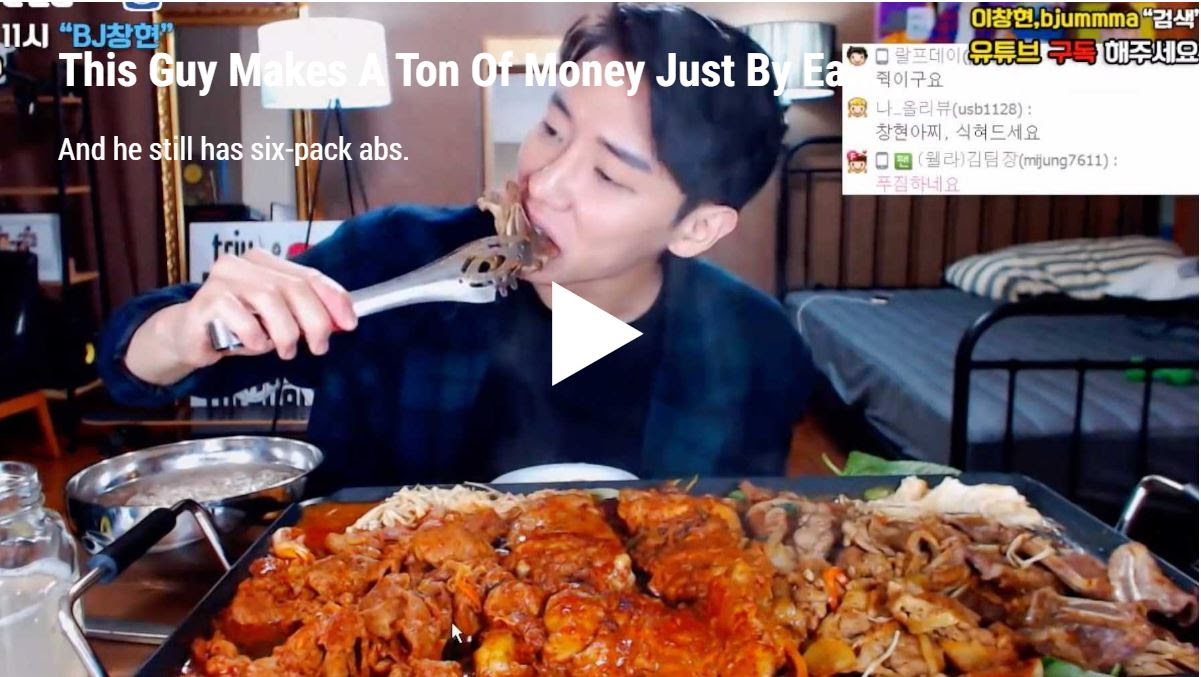 While watching a video of someone else eat may not be on your bucket list of things to do before you die – but it has become strangely popular in places far outside China.  In an announcement this week, social gaming video platform Twitch announced its plans create a new channel called “social eating” to capitalize on this trend – and looking at some of the content behind it is a great exercise in reminding yourself of an undeniable fact: just because something appears stupid doesn’t mean it won’t find a global audience. 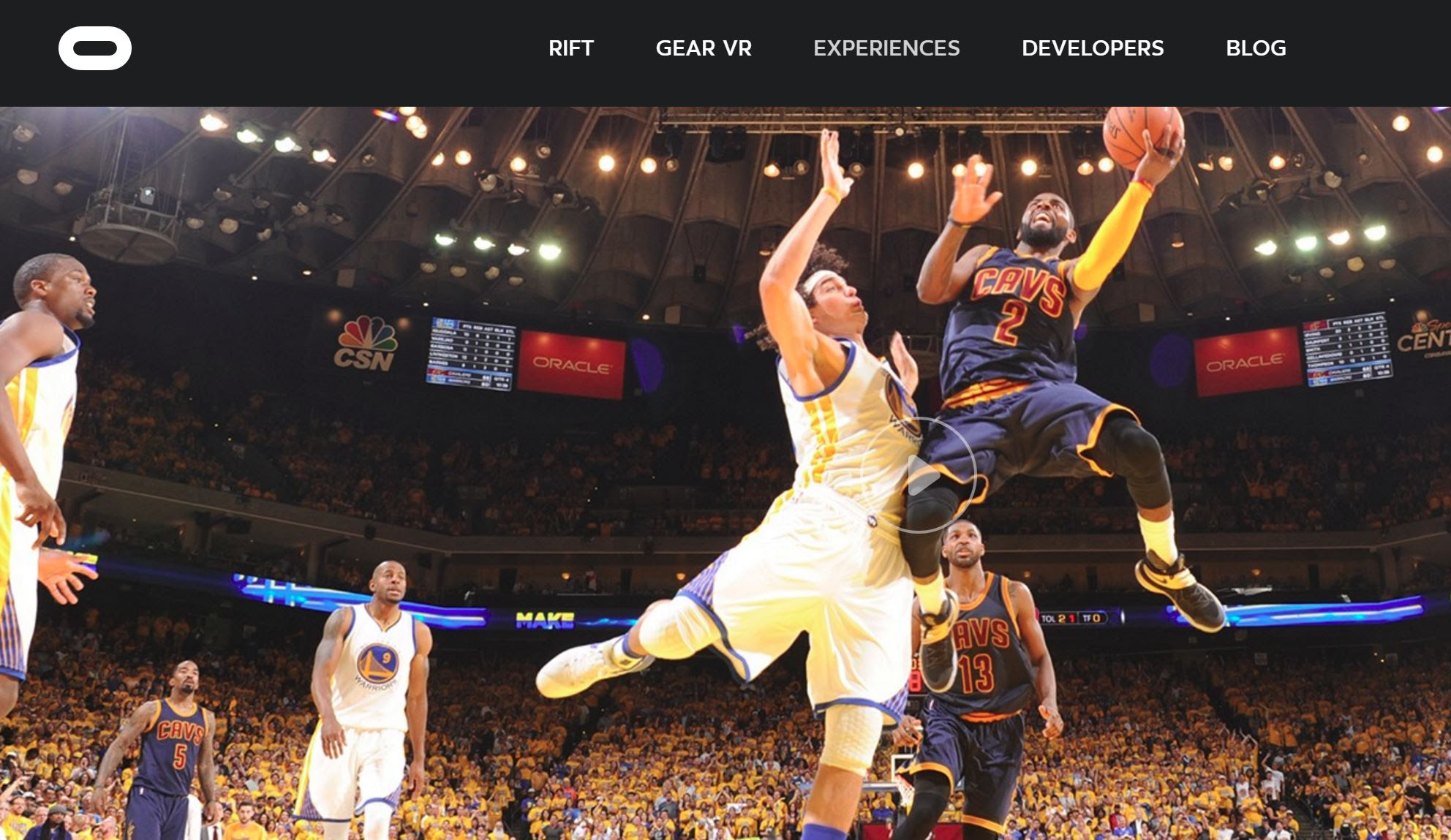 Miss the big game? Want to see it live but can’t make it? This week, Oculus Rift offered the next best thing … a chance to watch the NBA Finals on replay, aided by VR so you can feel like you were there. The idea paints an interesting vision for the future of sports. Would people potentially watch sports on time delay in VR if they could feel like they were physically ON the field with the players?  There are all kinds of interesting possibilities here.

Read the full story on The Oculus Blog >> 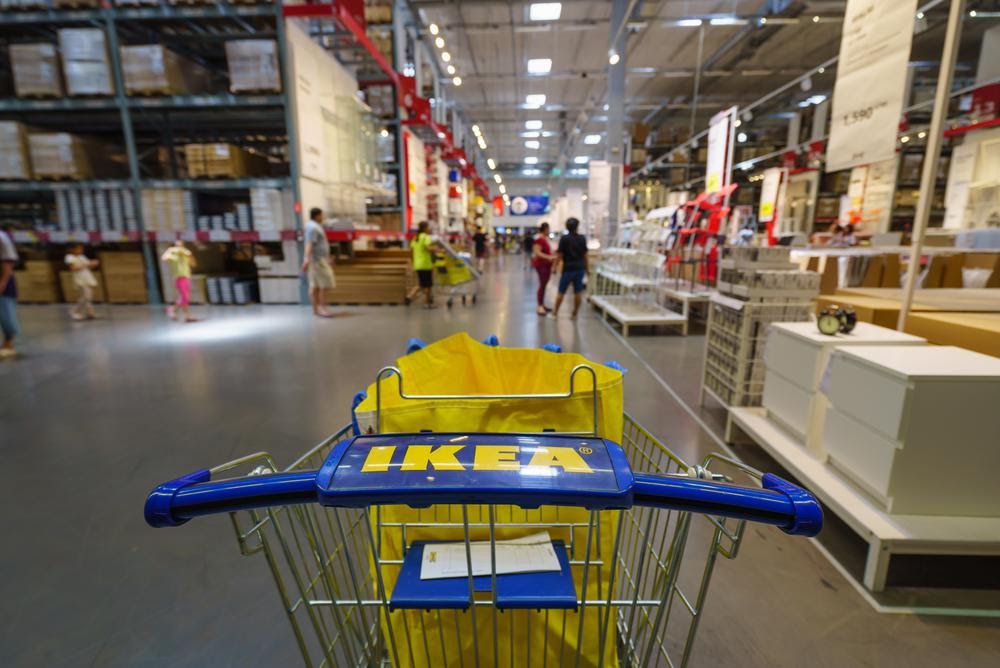 Even IKEA has been watching the rise of ecommerce, and soon they will be testing a new experience for customers in Belgium and other smaller countries where the majority of product shopping and selection happens online and the physical space is mainly used for pickups. The move is a smart one for the brand, and the results will be worth watching for anyone interested in the future of retail and consumer experiences.

The Chatbot That Removes BS From Political News 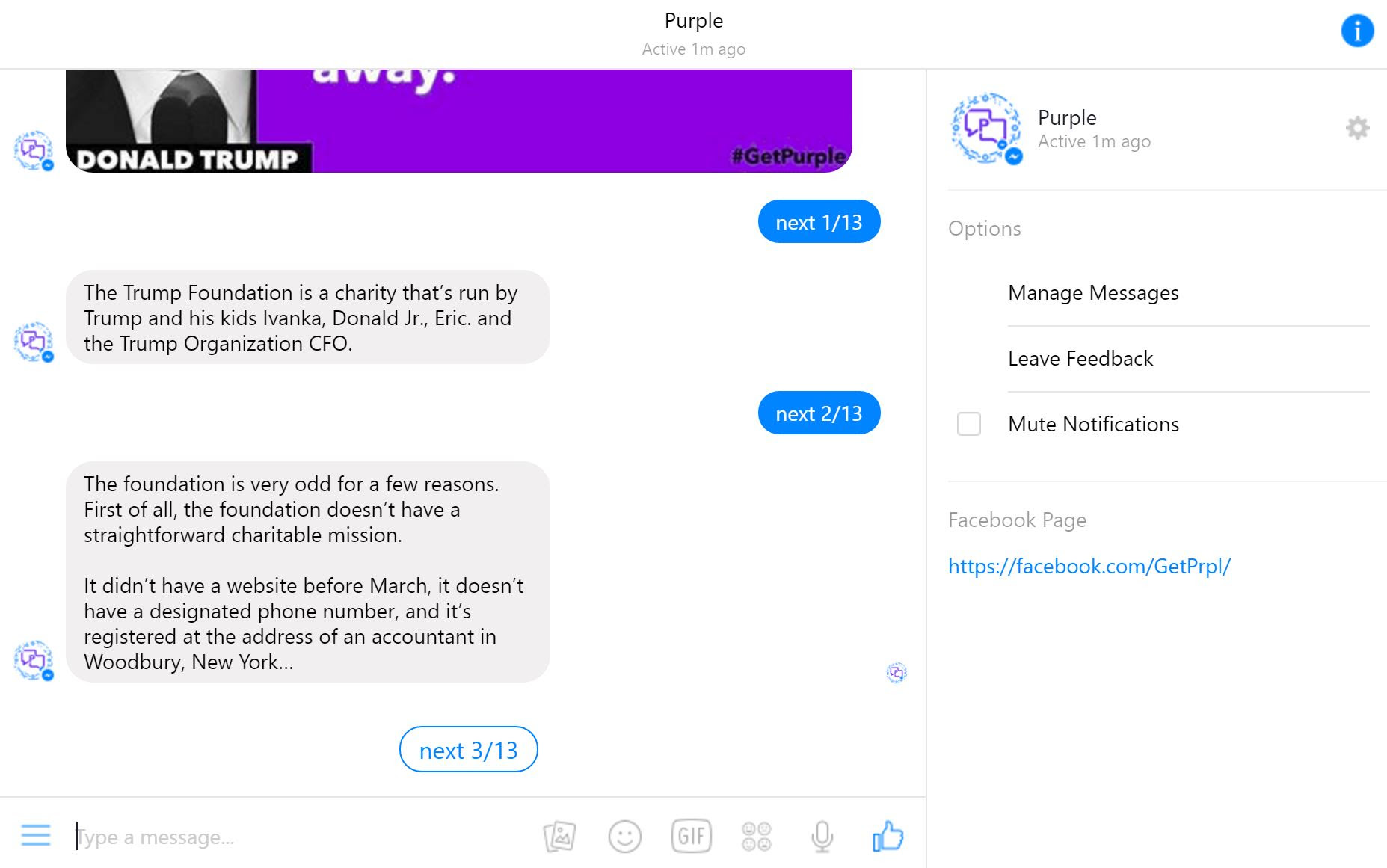 It is a bold promise to make political news factual and unbiased – but a chatbot called Purple is trying to do exactly that. Signing up via Facebook Messenger immediately puts you into an experience that feels like a 24-hour tech support messaging chat, except the topic is political news served up in bite-sized chunks to make reading seem more conversational. The idea is an intriguing one – perhaps the only way to make political reporting less biased is to remove humans from it entirely and hand it over to the bots.