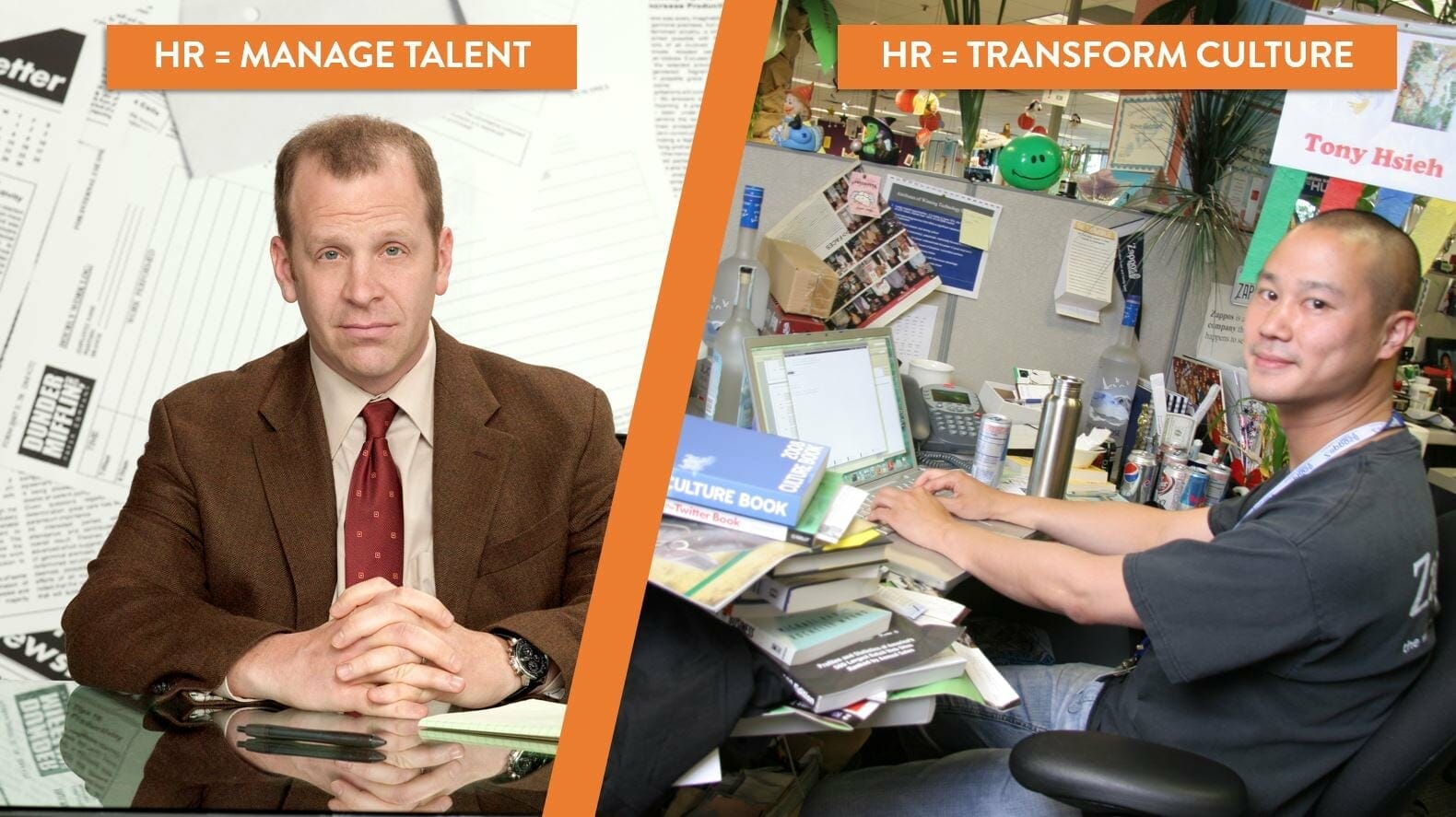 Toby Flenderson is not a popular guy.

A few years when I spoke at a previous SHRM event, Toby was one factor in a palpable sense of extreme frustration I felt from many of the people in my audience. The Office was still on the air and Toby (the HR character on the show) cast a long shadow over the profession of HR. Too many HR pros felt that they were missing a seat at the table, a sentiment my colleague Paresh Shah recently described perfectly.

Since then, there has been a slow but steady transformation in human resources.

HR today seems far less consumed by these stereotypes. Over the past several years there has been a global movement to recognize and value people in new people-oriented roles like Chief Culture Officers. Culture is a mainstream business topic and the companies that are able to build a powerful culture are celebrated and envied. Tony Hsieh from Zappo’s is one of the most celebrated of these examples for good reason: many believe the culture he created at Zappo’s was the biggest reason Amazon chose to acquire them for $1.2 billion.

This was a major shift and win for the value of culture … and by extension the value of HR as a discipline. For years HR was a business function that would regularly be undervalued and assigned to do the policy/enforcement jobs that no one else wanted. The challenge of demonstrating the value of HR was so pronounced at one time that author Jack J. Phillips literally invented his own ROI model and published it in several books just to prove the value of these intangible activities generally led by HR.

Today the intersection of culture and the traditional roles of HR is creating friction and opportunity. And the opportunity seems to be winning. Several of the trends I wrote about in the latest edition of Non-Obvious focus on the human element of work and how that has been shifting. One trend, Human Mode, is all about the desire for consumers to interact with real people. Brand Stand focuses on how the values of an organization are relayed through its people and the point of view it shares. At SHRM2018, we will be sharing some insights on how these trends are shifting the future of work and why HR leaders are the perfect ones to lead this culture transformation.

An example of the ideas we will share is the principle I wrote about and called “Open Resourcing” – which describes the shift away from putting people into boxes based on their job titles or business cards and instead using the skills that they have passions for as elements of their roles. Does a team member run a popular personal blog focused on food videos? Is there a way you can harness that talent as a part of her job? This is the power of focusing on culture instead of policy. You let people be their best and create an environment where that type of effort and talent can thrive.

In other words, the future of HR is all about bringing a little less Toby … and a lot more Tony.